Sri Lankan President Mahinda Rajapaksa today said that despite the country having a concise foreign policy the threat of the pro-LTTE diaspora in the West remains to be a massive challenge and asked the country’s diplomatic envoys to counter them.The President, addressing a two-day resident workshop for Sri Lanka’s ambassadors, high commissioners and consul generals, Saturday at the Diyatalawa army camp said, the Sri Lankan diplomats in overseas missions, especially in countries where, the pro-LTTE diaspora is active, to be aware of the relentless campaign carried out by them to discredit Sri Lanka.He noted that the diaspora interact with policy makers, media and non-governmental organizations in those countries to carry out their misinformation campaigns and asked the diplomats to launch suitable campaigns to effectively counter the adverse publicity created by the LTTE elements against Sri Lanka.President Rajapaksa noted that the aim of the government was to fortify national security both domestically and internationally while also achieving the required financial goals.He emphasized the need to forge strong bonds with neighboring countries while maintaining friendship with all countries. While adhering to a nonaligned foreign policy priority should be given to the basic requirements and aspirations of the country, he noted.The President commenting on the economic growth achieved in the war-battered northern region said with the government’s emphasis in developing the north, the other provinces came to be neglected.Sri Lanka achieved an overall economic growth of 8 percent last few years while the economy in the former battlefield grew at 22 percent since the end of the conflict three years ago.Sri Lanka has deiced to make changes in its foreign services following the debacle at the 19th session of the United Nations Human Rights Council in Geneva in March this year.The UN adapted the United States-sponsored resolution against Sri Lanka that called for human rights accountability measures with 24 votes in favor, 15 against in the council.Following the unfavorable outcome, the government focused on lessening its diplomatic ties with the European countries and move towards African and Latin American nations.Accordingly, the government has decided to close Sri Lankan missions in Poland, Netherlands, Austria, and Norway and establish mission sin 15 African nations.The Ministry of External Affairs has arranged a special educational tour for the diplomats to visit Batticaloa and Trincomalee districts in a three day tour from July 09 to 11. The country’s diplomatic core is expected to get a firsthand look at the progress in the East during the tour and promote Sri Lanka internationally in their respective countries of representation. 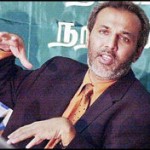 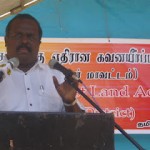 Next article - Let our people live in their own land: protest at Mannar »