Sri Lanka’s major Muslim party, Sri Lanka Muslim Congress (SLMC) sources say that the party leadership will meet President Mahinda Rajapaksa probably today to discuss the upcoming election for the Eastern Provincial Council. Minister Rauf Hakeem, the leader of the SLMC expects to meet the President on the side-lines of the conference for the Sri Lankan ambassadors and high commissioners now being held in Diyatalawa, SLMC sources say.According to party sources, there are two ideas in the SLMC regarding the Eastern Provincial Council election. One section says that the SLMC should align with the ruling United People’s Freedom Alliance and the others want the party to align with any party which offers them the Chief Minister candidacy.SLMC members in East have put continuous pressure on the party hierarchy saying the Muslim community in the country needs to be better recognized by the government.The SLMC joined the main opposition United National Party (UNP) to contest the 2008 elections for the Eastern PC. At the last general election in 2010 the SLMC contested under the UNP led opposition alliance United National Front and later joined the government. 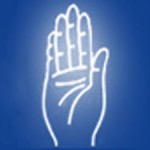 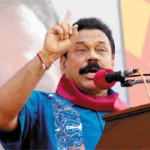