British Tamil Forum invited Tamil people to take part in the black July commemoration schedule to hold on 23rd of July in front of the official residence of British prime minister at 5.00 -8.00pm. News report released by the British Tamil Forum went on to say,“July 23” is another blooded chapter of Tamil people where the Sinhala racist carried out genocide attack against Tamil people in SriLanka. More than 3000 Tamil nationals were murdered, million worth of properties were destroyed by the Sinhala racists. Many Tamil people forced to be refugees.TELO Leaders Kuttymany Thangathurai and several other Tamil prisoners continuously faced tortures and murdered in the country.This situation continued till Mulliwaikal tragedy. Some days before Tamil prisoner named Nimalaruban detained at the Vavuniya prison was allegedly murdered by the Lankan officials.Sine end of Mulliwaikal tragedy many youths and young girls were arrested and currently detained at the detention centers and face tortures in the prison compound.At present Lankan government includes the name of LTTE members and other individuals murdered in the prison compound were named has misplaced personals of the country.End of the 1983 black July commemoration we will inform international community on the murders take over by the Lankan government, Land grabbing issue and several other illegal activities of Lankan government carried out against the Tamil people in SriLanka. This event would be taken place in front of the official residence of British Prime Minister No.10 Downing street on Monday at 5.00-8.00pm. All the Tamil people are kindly invited to present at this event. 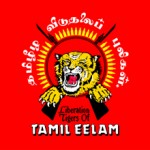 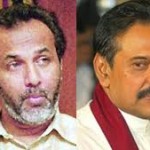