As a Member of the Northern Provincial Council of Sri Lanka, on behalf of my constituents and myself, I would like to extend my warmest congratulations and heartiest felicitations to your Excellency, as you begin your premiership of the greatest and the largest democracy of the world.  I recall my meeting you in September 2007 in Chennai, during the funeral for late BJP leader Mr. Jana Krishnamoorthy. I then stated to you and wished you that one day you will be the Prime Minister of India, and I am delighted to see that wish has become true.

As the great people of India have given you their historic endorsement and mandate, we Tamils living in Sri Lanka too are very hopeful of your leadership and sincerely believe your leadership will lead to a political solution that offers us our legitimate political rights along with equality, dignity and justice.  I also recall my meeting with the media at the BJP leader Mr. L. K.Advani ‘s residence in New Delhi on December 18, 2008, where I talked about the destruction of more than 1000 Hindu temples and the killings of thousands of Tamils in Sri Lanka by its armed forces, and stated in public my hope that if the BJP ever came to power the sufferings of the Tamils could end.  I am now very hopeful, with your leadership our sufferings in Sri Lanka could end.

Your Excellency, as you know, the successive Sri Lankan leaderships have repeatedly refused to offer the Tamils their political rights. All the negotiations and agreements between the Tamil and Sinhala leaderships were never implemented due to the intransigence of Sri Lanka’s Sinhala leadership. As Your Excellency knows well, even the Indo-Lanka Accord of 1987 has not been properly implemented by Sri Lanka. The government of Sri Lanka has demerged the Northern and Eastern Provinces which were merged as per the Indo-Lanka Accord. Sri Lanka even refuses to implement the 13 Amendment in full, despites its obligation to India and promises to the International Community.

Having gone through more than 65 years of injustice by successive governments of Sri Lanka, Tamil people are fully aware that no political solution will reach us without the direct and active involvement of India. I therefore, wish to urgently bring the following issues to Your Excellency’s kind attention:

May Your Excellency enjoy success in every one of your endeavors. 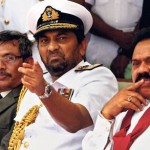