Housing Minister Sajith Premadasa yesterday (21) accused his predecessor of misusing a sum of Rs 60 million during the construction of several houses in Mattegoda and Kahathuduwa housing complexes.
Premadasa said that the houses were constructed by a company that is affiliated to the former Ministry of Construction, Engineering Services, Housing and Common Amenities.
The company had constructed two housing schemes for sale at Mattegoda and Haritha Kedella in Kahathuduwa, the Minister said.
Two types of houses were constructed in Mattegoda and their selling prices were
Rs 9,954,062 and Rs 10,178,371. In the Kahathuduwa housing project four types of houses were constructed and their selling prices were Rs 10.2 million, Rs 9.8 million and two types were priced at Rs 8.5 million each.
Six houses in the Kahathuduwa scheme and two houses in the Mattegoda scheme have been provided to relatives and friends of the former minister, Premadasa said.
Asked to state to the House the relationship between the individuals who obtained the said houses and the former minister in charge of the subject, Minister Premadasa read out the following names: Hewa Geeganage Wathsala Kumarsinghe (daughter-in-law of the elder sister of the former minister); Isuru Tharanga Muthu Ranaweera (brother’s wife of the former minister); Palathe Gedera Vasantha Rupasinghe (sister- in- law of the wife of the former minister); Priyantha Milinda Ratnayake (to the manager of the Presidential Media Division on a request made by the former First Lady.

TELO Media Team 1
- Previous article « The Judicial Process Must Be International and Under the Control of the UN- M.K.Sivajilinkam 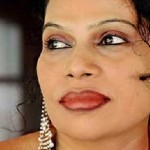 Next article - Shashi’s NIC a ‘hybrid’ »