Sources within the Sri Lanka Muslim Congress states that internal rifts within the party still continue to ferment, subsequent to the parties pledge to assist the UPFA during the upcoming provincial polls. The Supreme Council of the SLMC convened yesterday and decided to render  its assistance to the UPFA, while a faction of the party remains in dissent against the newly formed alliance. Accordingly it is reported that factions which opposed yesterdays agreement have commenced separate discussions today. Several high level officials of the SLMC are due to call for a media briefing in Colombo today. According to sources within the United National Party SLMC’s dissentious faction which disapproves of the parties new poll alliance is reportedly due to convene a discussion with the UNP tomorrow. 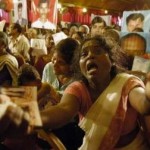