Another batch of 33 displaced families living in welfare centres in Jaffna was provided with new houses at the newly completed ‘Nallinakkapuram’ Housing Project in the Jaffna Peninsula. According to Army media sources the 33 beneficiary families were provided with ownership documents during a simple ceremony held on Friday (10th March) at the Nallinakkapuram’ Community Hall.

The housing project is an extension of the Keeramalai Housing Project and is completed under the second phase of the project. Construction work was carried out as a collective effort of the Joint Project Management Team (JPMT), comprising of Army, Navy, Air Force personnel and members of the beneficiary community.

Each housing unit is built on a 20 perch land and costs the state Rs. 1 million. A typical house comes complete with two bed rooms, living and dining area, kitchen, toilet and a bathroom. In addition to water and electricity supply to each house, public facilities such as roads, community center, drain systems and a water purification plant is also built under the project.

The Keeramalai Housing Project was declared open by President Maithripala Sirisena on 31st October last year (2016). One hundred displaced families living in welfare centres in the Peninsula were provided with new houses under the project. Carried out under the reconciliation programme the project was aimed at providing suitable housing solutions to all IDP families living in welfare centers. The construction of 225 more houses in ‘Mavankalladdi’ area is also scheduled to commence in the near future. 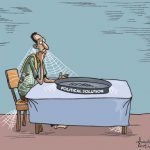 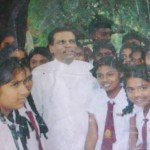 Next article - “My daughter is ‘alive’ Mr. President” By Sulochana Ramiah Mohan »