“My daughter is ‘alive’ Mr. President” By Sulochana Ramiah Mohan

It’s merely a jungle. Several half built houses funded by the Indian government in Periyamadu of Nainamdu GS Division in the Vauniya District is gloomy and so the Kaasipillai family who is searching for their eldest daughter Jeromie who ‘disappeared’ on 4 March 2009. But they found her ‘alive’ in a photo that appeared on a presidential election campaign pamphlet, standing next to President Sirisena with a set of school girls and boys, way back in 2015. Kaasipillais say they will not light the alter in the new house, till their daughter arrives home assuming she is alive but cannot fathom anything beyond that!

The Kaasipillai couple waited for our arrival. Dropping the bamboo poles down that was across the fence, we walked into her house. We were told the oil lamp for the Hindu Gods will be lit only on the day the ‘missing’ daughter comes home.

Jayavathani Kaasippillai (47) is fighting tooth and nail with the government ever since she saw the presidential campaign pamphlet that had a photo of her daughter she alleges, posing with the President. She or the government officials, who are probing her case, have no clue from where the photograph emerged or the source of print.

On March 4, 2009 at about 11 am when the fighting between the security forces and the Liberation Tigers of Tamil Eelam (LTTE) was coming to a closure there were intense firing, shelling and bombing. Many were fleeing to the safe zone and several died, caught up in the crossfire.

Jayavathani, her mother and her five children managed to duck and hide in bunkers and reach Pudumatalan from Rettaiwaikkal on that day. Her eldest daughter Jeromie was attired in a red cotton dress printed with white flowers. She was after her Ordinary Level Exams staying at home attending to her siblings while her mother, who is a seamstress was busy sewing clothes for a living.

“We reached the area where we heard it was safe. There was a huge truck parked and men in military uniform, faces half covered in black cloth ordered all the youth gathered there to get on to a truck. They did not utter a word but used sign language. They separated mothers and fathers from their children and forced them to get on to the truck.

Jayavathani says she was glued to her daughter and got in to the truck too fearing for her life. There were about 350 young girls and boys and four mothers inside the truck.There were young LTTE cadres too. About 75 per cent were girls, she recalls.

After about half an hour, the truck stopped at a dried up paddy land and the men walked to the rear side of the truck and grabbed the hands of the mothers asking them to get out of the truck. “Everybody was screaming.”Jayavanthani was forced to get down, and so did the other three mothers. While they were fallen on the ground, the truck sped away and she saw her daughter stretching her hands towards her ‘amma’ ‘amma’, and there ends her story.

Today it’s almost seven years. No one knows what happened to the truck full of youth. Not one returned and no one was anywhere in Prisons , claims Jayavathani.

Jayavathani has begun her hunt for her daughter along with many other mothers who lost their children and loved ones. “I inquired at all the LTTE camps. Had it been the LTTE, the message would have reached us by then. They never said anything about her staying in their camps.”

A sudden hope built upon seeing her missing daughter on the propaganda pamphlet for Sirisena’s Presidential election in 2015. “There were pamphlets thrown all over in the village. My little son, then, only 2 ½ came with a pamphlet he picked from the ground. He told me ‘akkachie’ is there in the photo. I did not bother to see it. I threw the pamphlet away. But on the day I returned home after voting for Sirisena my daughter asked my husband whether Sirisena, would win the election. He responded that he will. Then she gave the pamphlet saying ‘then he will send our ‘akkachi’ home’. It was then that my husband saw the photo on the pamphlet. Yes, it was Jeromie and he rushed to me. I saw it too and people around came running to tell the same.”

According to her, there are four faces of missing children spotted in the election propaganda pamphlet photograph clad in school uniforms.

Jayavathani has been running about to find out more details. The family had registered their daughter’s name as missing persons in many organizations. She ran to them asking for help.

Jeromie is in a white uniform and maroon school tie posing with many other students with the then Health Minister Sirisena. “Definitely the photo must have been taken after the war ended,” assumes Jayavathani.
She also alleges her daughter is either enrolled in some studies or posed only on that day in uniform while being under somebody’s guard. State Minister of Defence Ruwan Wijewardane visited the mothers of the missing persons when they went on a hunger strike in February. He assured them he would probe into it.

Thereafter, a team of relatives of missing persons led by Jayavathani met the President at the Temple Trees on February 9.

“The President said the girl in the photograph looks like Jeromie (comparing with the photo of Jeromie taken at various events) and assured to look into the matter.”

According to Jayavathani there were circulars sent to all schools about Jeromie. The President had said he cannot remember where the photo was taken but had told her he would inquire and help Jeromie join the family. “I will see where she is and bring her back to you,” Sirisena assured.

Jayavathani wants to know: “Where are the missing ones? If they are alive where are they? If they are killed and buried, where were they buried? These questions need answers with proof.”

There are several questions related to this case. If Jeromie is alive where is she? If the girl in the photo is not Jeromie then who is it? If the President cannot identify when and where the photo was taken, can’t he publish the photograph and trace the photographer? Can’t the photographers’ associations (media) trace the photographer too? Or was it photo shopped?
It needs little more hard work and effort to trace and put an end to the sufferings of the Kaasipillais whether it is Jeromie or not. Over to you Mr. President! 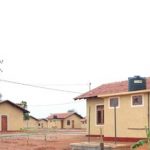 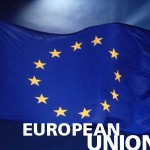