Google in Sri Lanka now defaults to Sinhala. Whenever you access a Google Form, the interface by default is in Sinhala. Whenever you use Google Maps, road, place and now even names of famous buildings, are rendered in Sinhala. Search for Chunnakam, close to Jaffna, and Google Maps translates the place name, in Sinhala, to ‘Hunugama’ – wrong on so many levels. There is no Tamil place marker either. Jaffna gets a Sinhala label as ‘Yapanaya’, but no Tamil place name, whereas Nallur, just a stone’s throw away, does feature a Tamil place name.

Enter a destination – even in Colombo – on to Google Maps. See the driving instructions to get there. From where I live to get to a location in Colombo, for example, the instructions are often a bizarre mix of English and Sinhala – one road I am asked to go on is in English, and the instruction to turn to another is rendered completely in Sinhala. Users on social media who aren’t fluent in reading Sinhala script have expressed their frustration as to why this is the case, with no option to change language.

Someone at Google in India has taken the time and effort to render information in the language spoken the most in a region, as well as English. In Sri Lanka on the other hand, the language on Google Maps now defaults to only Sinhala and English across the island, with comparably just a few locations in the North and East available in Tamil.

But it’s not just Google. As a Microsoft user, whenever a code is requested via my mobile to access one its key services – called two-factor authentication – the accompanying instructions sent with the code over SMS is delivered exclusively in Sinhala, not even in English.

It goes to prove that Google and Microsoft in Sri Lanka are engaged in systemic and sustained discrimination against Tamils and the Tamil language in Sri Lanka, across a range of their key products and services. That there isn’t really any pushback against or greater awareness around this suggests the normalisation of language and ethnic discrimination in Sri Lanka – prejudice is so ingrained, it is invisible, accepted and excused as a minor inconvenience, since the majority are just fine with the way things are.

The problem is compounded when government itself, in 2018, promotes Sinhala only. A case in point – a new website by the United People’s Freedom Alliance (UPFA) set up for the local government elections, called ‘Nidahas Yugayak’. The website was ceremoniously launched by President Sirisena last week in a ceremony to open a ‘Free Media Centre’, which in the official news report is flagged as the propaganda arm of the party. A revealing conflation between free media and propaganda exposes the underlying, deeply problematic mentality of government. But I digress. The first paragraph on the home page of the new website notes that the Sri Lanka Freedom Party (SLFP) in 1951 was started by Sinhala, Tamil and Muslim individuals as a party that treated everyone with respect and did not discriminate against race. The new UPFA website is the official campaign platform for local government elections that will be held across the country this year. The website is exclusively in Sinhala. There is not a single word or section on it in English or Tamil. All featured videos are in Sinhala. All the related social media accounts are in Sinhala. All the President’s speeches are in Sinhala.

Lest we forget, we have a government with numerous even competing line ministries, agencies and departments that deal in national integration and reconciliation. Late last year, Cabinet approval was granted to put up a television studio in the Northern Province to host a television channel to promote reconciliation. The President himself has repeatedly come out in favour of reconciliation in local and international fora. All this makes it much more outrageous that what the President and government says and promises is so far removed from what it actually does and really is.

But where is the outrage? Social media is largely silent about the discrimination against the Tamil language and Tamil peoples by Google and Microsoft. The Southern electorate, to whom all of Sri Lanka is, in the main, a geographic and imagined projection of what the South is for them, don’t even recognise the violence of a Sinhala-only website. Post-war ethnic and language discrimination is thriving, present at the highest levels of government and even in the corporate domain, so often projected and celebrated as being the engine of growth of a more equitable, prosperous and just future.

Where do you start to flag and fight this?

By naming and shaming. Google and Microsoft need to do better. Companies that have clear public policies against discrimination are enacting Sinhala-only policies across a range of key products and services. This needs to be condemned, ceased and corrected. President Sirisena and his party should be hounded by journalists as to why in 2018 they see fit to have a website and all of its content only in Sinhala. The heinous legacy of 1956 mustn’t be countenanced in 2018. To fight against it, language and ethnic discrimination needs to be rendered visible and arguably in a manner that is focussed on and raises the empathy of those in the South around those who cannot read, speak or understand Sinhala. From bad weather alerts and emergency evacuation warnings to vital announcements in government offices, from officials at immigration and emigration counters to invitations and cards sent out by government ministries, from the language of the courts to what the Police use when taking down a statement, the Sinhala-only policy that prevails in practice is a daily, stark reminder of how far post-war Sri Lanka has to go to even begin to address, leave aside completely erase, ethno-lingual discrimination.

Instead of promoting the worst practices, Google and Microsoft should be at the forefront of what can and should be done to address discrimination, with the vast technologies they command used as Rosetta Stones for seamless language translation and transition. But above all, our leading politicians should walk the talk. A Sinhala-only UPFA website that literally celebrates a President who is made out to be a ‘conservative, wholesome, true, agrarian Sinhala Buddhist’ suggests the maddeningly parochial, insular, majoritarian mind-set that got us into a 30-year-old war is still alive. That’s disturbing, if the keys to our democratic potential lie not with racial superiority, but with equality and non-discrimination. 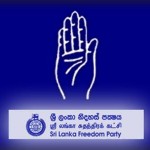 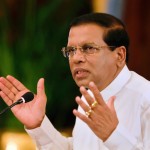