sri Lanka should remember that India is one of the three countries which will review the country at the forthcoming universal periodical review (UPR) at the United Nations Human Rights Council (UNHRC) later this year, Indian National Security Advisor, Shiv Shankar Menon told Indian journalists based in Colombo yesterday. Considering that Spain and Benin, the other two countries that are to review Sri Lanka have no real interest or concern about Sri Lanka, India has an opportunity to push its agenda at the coming UPR. The official Indian position, which was reiterated by Menon, is that Sri Lanka needs to do more to address its human rights concerns.India wants all citizens of Sri Lanka to live in a more egalitarian society where all ethnic groups live with dignity and have the freedom to do as they please, he has added. However, India does not plan to force any form of political solution on Sri Lanka saying that the final power sharing agreement is the concern of Sri Lankans themselves, who will have to determine what arrangement suits the country best.“When we asked him about the 13th Amendment Menon stated that it was a part of Sri Lanka’s Constitution which was once passed by a two-thirds majority in Parliament. Implementing that is up to Sri Lanka. He added that India does not want to pass judgments on SriLanka or force the country to do anything,” said an Indian journalist present at the meeting. Menon had visited Sri Lanka twice before and he was a former high commissioner to Sri Lanka. 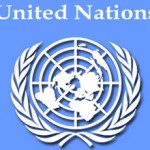 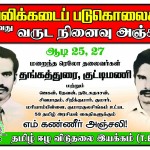