29th Anniversary of Black July 83, TELO Leaders and Fifty three Tamil prisoners were murdered in the maximum security Welikade prison, In the July 83 anti-Tamil program Sinhala thugs, ruling UNP party cadres, sections of Sri Lankan troopers, and Sri Lanka Police killed more than 3000 Tamils and destroyed property worth billions of rupees.“Selvaraja Yogachandran (TELO), popularly known as Kuttmuni, a nominated member of the Sri Lankan parliament who was one of the 52 prisoners killed in the maximum security Wellikade prison in Colombo two weeks ago, was forced to kneel in his cell, (where he was under solitary confinement), by his assailants and ordered to pray to them. When he refused, his tormentors taunted him about his last wish, when he was sentenced to death. (He had willed that his eyes be donated to someone so that at least that person would see an independent Tamil Eelam.) The assailants then gouged his eyes. He was then stabbed to death and his testicles were wrenched from his body. That was confirmed by one of the doctors who had conducted the post-mortem on the first group of 35 prisoners. According to S.A David,[iii] the thirty-five Tamils were then heaped in front of the statue of Gautama Buddha in the yard of the Welikade prison and when some yet alive raised their heads they were clubbed to death.The second round of killings on July 27 was lead by Sepala Ekanaike, undergoing life imprisonment for the hijacking of an Alitalia plane on its flight from Delhi to Bangkok a year previously. Sinhalese prisoners convicted of murder, rape and burglary charges were handpicked by the warders, who after plying them with liquor, let them loose on the remaining Tamil political prisoners. Seventeen prisoners were killed on this occasion. 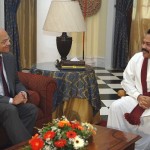 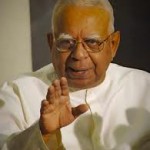 Next article - TNA urges govt to grant amnesty to detainees »