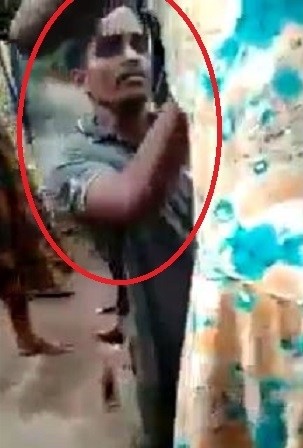 A recent event shows how close to anarchy Jaffna is, fueled by rowdy militants claiming to have turned to the path of democracy. Details are sketchy because the Police in Jaffna want to keep a lid on things.

The matter in Jaffna’s Kannaapuram revolved around two dove rearing households about two weeks ago. What is known is that some doves from one household, said to be to, went and settled in the neighbour’s house.

The dispute was as to ownership and whether the doves went on their own or were stolen. It resulted in some six persons from one group going to the other, assaulting three persons there and running away. The problem was that the three people who were assaulted were close to the EPDP. One woman from the side that was assaulted, Lalitha, is the EPDP Women’s Wing Joint Secretary.

Persons from this household close to the EPDP and dominated by women, called their next-door boy, Puvanenthirarajh Suhanthan, born on 25 July 2001. They dissembled as if wanting to talk things over, saying he would be let off if he apologized. So says his father. When Suhanthan went there, he was tortured. Many women joined in beating him up badly and poured chilli-powder dissolved in water on his face. The attached video suggests that he was also shaved on his head.

The assault by women was so terrible that the men watching did not interfere.

As if sure of impunity, the women even proudly caught themselves on camera.

Those who are fans of Vikram, the famous he-man Tamil actor, would have heard of Sorna Accah, an illiterate political thug and murderess who manipulated elections. Jaffna surely now has its share of them as seen in the video. Since the incident, these women have been nicknamed Sorna Accahs by many members of the Jaffna public.

So sure of their safety, the assailant women even uploaded their films on social media. Sunhanthan was mentally devastated by this on his birthday. He committed suicide on 27 July just after his birthday.

As with all deaths, Suhanthan was tested for COVID-19. Sadly he was found to have COVID-19. Suspecting the EPDP hand in this diagnosis, the body was sent to Jaffna Hospital where the first diagnosis was confirmed. Suhanthan was promptly cremated!

This cremation alone upset many of his friends lamenting their inability to give him a decent funeral, although no one was to blame. Many youths were angered as the police suppressed information by naming anyone who handled or passed around the videos as witnesses. Being a witness is a terrible inconvenience in our legal system where cases never finish, and witnesses need to hang around court wasting many days. So even reporters refuse to share the many copies of the different videos they have of this pernicious assault by women. As such the circulation of the videos has been suppressed, preventing the full identification from the public of those persons seen in the video.

Under pressure from young friends who knew Suhanthan, six women including Lalitha and one man from some videos were arrested but were soon released. Questioned, the police cited fear of COVID from those arrested. Few seem to understand the reasoning by the police and note the connection of those arrested to EPDP big-wigs. One well-informed reporter said that Minister Douglas Devananda’s hand has not been seen yet, but that does not mean that he is not working behind the scenes.

The courts have now been approached and an inquiry will occur on 2 Aug. 2021.