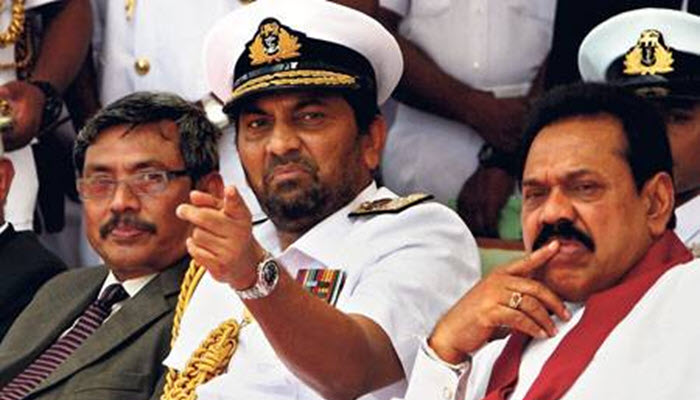 The three-judge bench of the Colombo High Court Friday adjourned the hearing of the case against former Navy Commander Admiral of the Fleet Wasantha Karannagoda until January 7 as he has challenged the charges filed by the Attorney General against him for abducting and disappearing 11 youths in Colombo and suburbs between 2008 and 2009.

The court announced this when the case against Karannagoda and 14 others was taken up before the Colombo High Court Trial-at-Bar bench comprising Colombo High Court Judges Champa Janaki Rajaratne, Amal Ranaraja and Navaratne Marasinghe, Friday (03).

Former Navy Commander Wasantha Karannagoda has been named as the 14th accused in a case filed by the Attorney General on 667 charges in connection with the abduction, torture, extortion and conspiracy to murder eleven youth in 2008 and 2009.

Mr. Karannagoda filed a writ petition against being named as a defendant in the case filed by the Attorney General, stating that the officers who had been investigating the case for ten years had not found enough evidence to make him a suspect.

However, President’s Counsel Romesh de Silva, appearing for Karannagoda, has told the Court of Appeal in detail that the investigation was diverted after the appointment of the government of good governance in 2015.