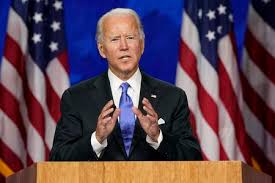 The United States (US) has briefed the Sri Lankan Government on the commitment of US President Joe Biden to democracy.

The matter was discussed when Foreign Minister Dinesh Gunawardena met with the US Ambassador to Sri Lanka, Alaina B. Teplitz at the Foreign Ministry on Friday.

Joe Biden assumed duties as the President of the United States in January and his administration has since implemented its new policies, including the policy on human rights.

“The Ambassador and Foreign Minister discussed a range of issues, from the pandemic and the U.S. contribution to COVAX, to trade and President Biden’s commitment to democracy,” US Embassy Spokesperson Nancy VanHorn told Daily Mirror.

Meanwhile, the Foreign Ministry said that the United States and Sri Lanka are to broaden relations in multiple areas.

“The Minister briefed the Ambassador on the various positive developments taking place in the country under the guidance of President Gotabaya Rajapaksa. They also discussed ways and means of enhancing bilateral cooperation including through development assistance. Climate change, green energy and information technology were identified as priority areas for US support,” the Foreign Ministry said.

The United States, which had earlier withdrawn from the UN Human Rights Council, has now reengaged with the Council.

The US is expected to take a lead role again in the Council on the Sri Lanka issue over the next few years.