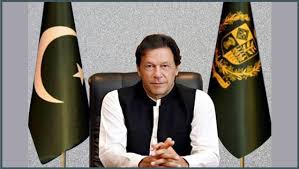 A 13-year-old Sri Lankan boy has made an impassioned plea through an open message to Pakistan Prime Minister Imran Khan seeking his intervention with regard to the Sri Lankan government’s mandatory cremation only policy.

Premier Khan is scheduled to arrive in the island on February 23.

Ammaar Rishad, in a video statement today (22), noted that it is “truly disrespectful” to deny the honour of burial to the dead, especially when there is no scientific proof of infection through burial, adding that only Sri Lanka has adopted the forced cremation policy.

Despite scientific evidence and recommendation of experts, Sri Lanka continues to defy any and all calls for burial rights, he said.

Leaders from many parts of the World including the British Parliament have conveyed their dismay and have urged the Government to allow burials for Covid victims, but nothing has materialized yet.

“It has been announced that Pakistani Prime Minister, Hon. Imran Khan will be arriving in Sri Lanka on a State visit on the 23rd of February. I had hoped that he would deliver an address in Parliament where our Parliamentarians could raise this burning issue with him, but the proposed Parliamentary visit was cancelled.

I am still hopeful that this message with the concerns of the Muslim and other communities can be conveyed to him through the power of the media. I am sincerely hopeful that Hon. Imran Khan will hear our cries and heed our request to address this issue with our President,” he added.