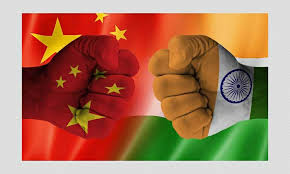 A Chinese firm, which had won the bid to execute a renewable energy project in Sri Lanka’s northern islands, has objected to “outrageous interference” by a “third party”, apparently referring to India voicing concern recently.

In a statement issued on Monday, Sinosoar-Etechwin Joint Venture said it learned from media reports that “a third party” had protested against Sri Lanka’s Cabinet decision clearing the project, on grounds of “so-called self-security”. “We firmly oppose any outrageous interference by any third party without legal and factual basis,” the firm said.

On January 18, Sri Lanka took a Cabinet decision to engage a Chinese firm to install hybrid renewable energy systems in Nainativu, Delft or Neduntheevu, and Analaitivu, off Jaffna Peninsula, located in the Palk Bay, some 50 km from the Tamil Nadu coast. Although New Delhi did not officially comment on the move, official sources confirmed that India had offered a $12-million grant, to execute the same. The project’s proximity to India’s coastline reportedly set off security concerns in New Delhi.

ADB loan
Colombo had originally obtained a loan from the Asian Development Bank (ADB) for the project. Sri Lanka’s Minister of Power Dullas Alahapperuma told local media that the government would consider India’s proposal, for it was a grant rather than a loan. But there is no change yet to the January 18 decision.

Outlining the tendering process in 2019, through which it obtained the project, the Chinese consortium said the “third party” — intervention “seriously affected” its reputation and legitimate rights, and “damaged the credibility and image” of the Government of Sri Lanka. The consortium is only responsible for the construction and handover of the project, it said, adding the firm would “strictly abide” by the laws and regulations of the ADB and the Ceylon Electricity Board.

A group of Sri Lanka’s Tamil parties have objected to the Chinese project in the northern islands, noting that India’s concerns are “legitimate”.