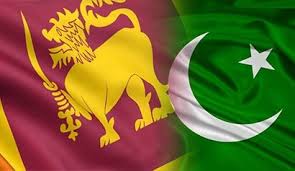 The connection between the people of Pakistan and Sri Lanka is rooted deep in history. Buddhism had flourished in areas that became Pakistan and the Muslims traders, in the early years of Islam, had been familiar with Serendib from where they took spices and gems to the Middle East and Europe.

This tradition of goodwill continued in the years after the two countries gained independence, when Sri Lanka also became the port of call on the 3,000-mile of ocean route between the two wings of Pakistan. On 4 February 1948, in a message on Sri Lanka’s independence, Quid-e-Azam Muhammad Ali Jinnah aptly described the nature of Pakistan-Sri Lankan relations.

He said: “Pakistan has the warmest goodwill towards Ceylon, and I am sanguine that the good feeling which exist between our two people will be further strengthen as the years roll by and out common interests, and mutual and reciprocal handling of them, will bring us into still closer friendship.”

When the liberation war broke out in East Pakistan in 1971, and India had banned over-flights by Pakistani aircraft, the then SLFP Government in Sri Lanka led by Sirimavo Bandaranaike allowed Pakistani aircraft to refuel in Colombo 174 times. India felt betrayed by this because it had sent aircraft to help Sirimavo quell a left extremist uprising against her Government earlier that year.

In April 2009, Sri Lanka requested $ 25 million worth of 81 mm, 120 mm and 130 mm mortar ammunition to be delivered within a month. During a state visit by President Asif Ali Zardari to Sri Lanka in November 2010, Sri Lanka evinced interest in purchase of Pakistani al-Khalid Main Battle Tanks, light weapons and ammunition, and the Sino-Pak joint venture product JF-17 Thunder aircraft.

Under United National Party (UNP) Governments as well as under the Sri Lanka Freedom Party (SLFP) regimes, Sri Lanka has had friendly ties with Pakistan. The reason for this consistency is that Sri Lankan governments, irrespective of the party in power, feel a sense of unease vis-à-vis India.

Pakistan now trains Sri Lankan armed forces personnel and invariably supports Sri Lanka in international forums on the ethnic question but Pak-Lanka relations have failed to acquire an economic content. Sri Lanka was the first country to sign a Free Trade Agreement with Pakistan, which became operational from 12 June 2005.

Since both President Gotabaya Rajapaksa and Prime Minister Imran Khan are pledged to promote FDIs, various areas of investment will be discussed. Due to a lack of awareness, exporters do not make full use of the market potential and benefits under the free trade agreement. Additionally, Sri Lankan businessmen tend to stick to the existing markets. Both countries need to diversify their products through research, innovation, and value addition, adjusting according to the demands of each other’s market.

The Sri Lankan construction and real estate industry is rapidly growing and the country has an import requirement of $ 600 million worth of cement annually from various countries. Pakistan already exports cement to Sri Lanka and has the capacity to increase its exports due to competitive pricing and good quality. This sector has a larger potential due to increased consumer spending on construction and real estate.

Similar case is with the sugar as Sri Lanka imports more than 90% of its annual sugar requirement. Sugar is one of the potential sectors where Pakistani investors can focus on in 2021. Because of strained relations between India and Pakistan betel leaves from India do not come to Pakistan. That place has been taken by Sri Lankan betel leaves.

Prime Minister Imran Khan will be the first Head of Government to visit Sri Lanka after President Gotabaya Rajapaksa and Prime Minister Mahinda Rajapaksa assumed office last year. Imran Khan’s proposed visit is significant in the context of India making vigorous efforts to strengthen their ties with Sri Lanka, which has assumed strategic importance in the Indian Ocean region.