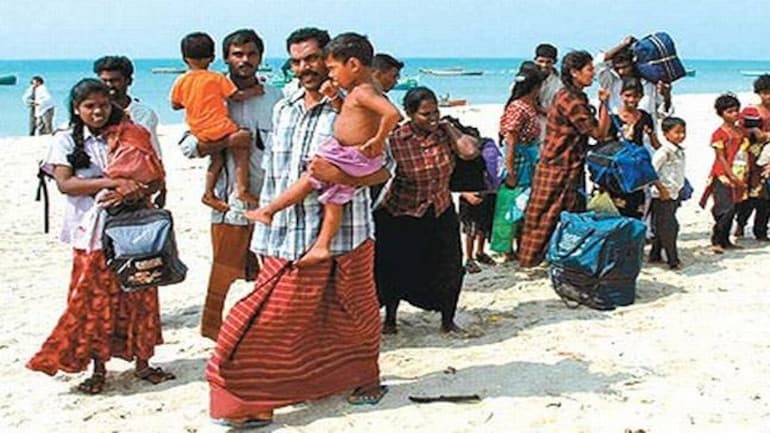 Days after the Parliament passed the Citizenship Amendment Act (CAA) in December 2019, T Yanadhan, a 28-year-old man born to Sri Lankan Tamil parents living in a refugee camp in Pavalathanur in Tamil Nadu’s Salem district, sought the collector’s permission to kill himself. Obligingly, he uploaded his petition on YouTube.

Yanadhan is one among 94,069 Sri Lanka Tamil refugees living in various parts of Tamil Nadu: most of them in 107 camps in 15 districts in the state. According to a report of the Ministry of Home Affairs, more than 3 lakh refugees entered India in different phases between 1983 and 2012 due to the ethnic conflict. While 99,469 were repatriated to Sri Lanka till 1995, some refugees left for other countries on their own. After 1995, there was no organised repatriation.

None of the refugees has voting or property rights in India. Most of them have lost them in Sri Lanka as well. Their last hope was the CAA. The law expedited citizenship for persecuted immigrants except Muslims from three neighbouring countries – Pakistan, Afghanistan and Bangladesh. It left out Sri Lanka. The CAA passed only because the All India Anna Dravida Munnetra Kazhagam (AIADMK), the ruling party in Tamil Nadu and once the biggest supporter of Tamils fighting for their identity in Sri Lanka, backed the law.

Prof V Suryanarayan, an academic, an authority in Tamil politics in Sri Lanka and author of many books, including ‘The Refugee Dilemma’, says, “New Delhi is unfortunately adopting a different yardstick for Tamils. They (are ready) to give citizenship to those who have sought asylum from Pakistan, Bangladesh and Afghanistan. But those who have come from Sri Lanka are treated as illegal immigrants”.

Tamils fled Sri Lanka for India for a variety of reasons at different times, mostly to escape the violence. Some Tamils left from the tea plantations where they had been sent as indentured labour during British colonial rule, when the racial violence spread to those areas especially in the decade of the 1970s.

Many of those families have since returned. But the largest chunk of families came to India from north and east Sri Lanka to escape the civil war and also protect their children against forced recruitment by militant groups, especially the Liberation Tigers of Tamil Eelam (LTTE). One such recruiter, Tamizhini, gives a poignant account of how child soldiers were forced into conscription by the LTTE in her biography published recently.

Yanadhan’s parents can apply for Indian citizenship if they give up Sri Lankan citizenship. But he was born in India as a refugee. There are, according to Prof Suryanarayan, around 25,000 such stateless people. They continue to be housed in camps where they get some financial assistance. They make a living doing odd jobs and working on construction sites. If they’d been back home, many of them would have been doctors and engineers. Some have tried to return but have scurried back to the camps, judging it safer to stay as refugees in India than in Sri Lanka.

Prof Suryanarayan says it is not an easy life, but it isn’t too difficult either. “True, they live in makeshift homes. But some of them have bought three-wheelers and mopeds. They get a small stipend and many have extended their homes to include a back yard where they can grow some vegetables,” he said. That said, at the end of the day, they’re still refugees.

When the AIADMK voted in favour of the CAA, it raised the issue of citizenship for these stateless Tamils. At the time, and later as well, Home Minister Amit Shah assured the House that dual citizenship would be considered. But the refugees are pragmatic: their quiver has no arrows any more.

And the reality is that for the Tamils of Sri Lanka, the capital of the country is still Colombo, not Jaffna as they hoped it would be. India, which promised to help them create their homeland, necessarily has to be a disinterested observer. So, Prime Minister Narendra Modi’s assurance in Chennai earlier this month while campaigning for the assembly elections that “India is always committed to ensuring that the Tamils in Sri Lanka lived with equity, equality, justice, peace and dignity” means little to them.