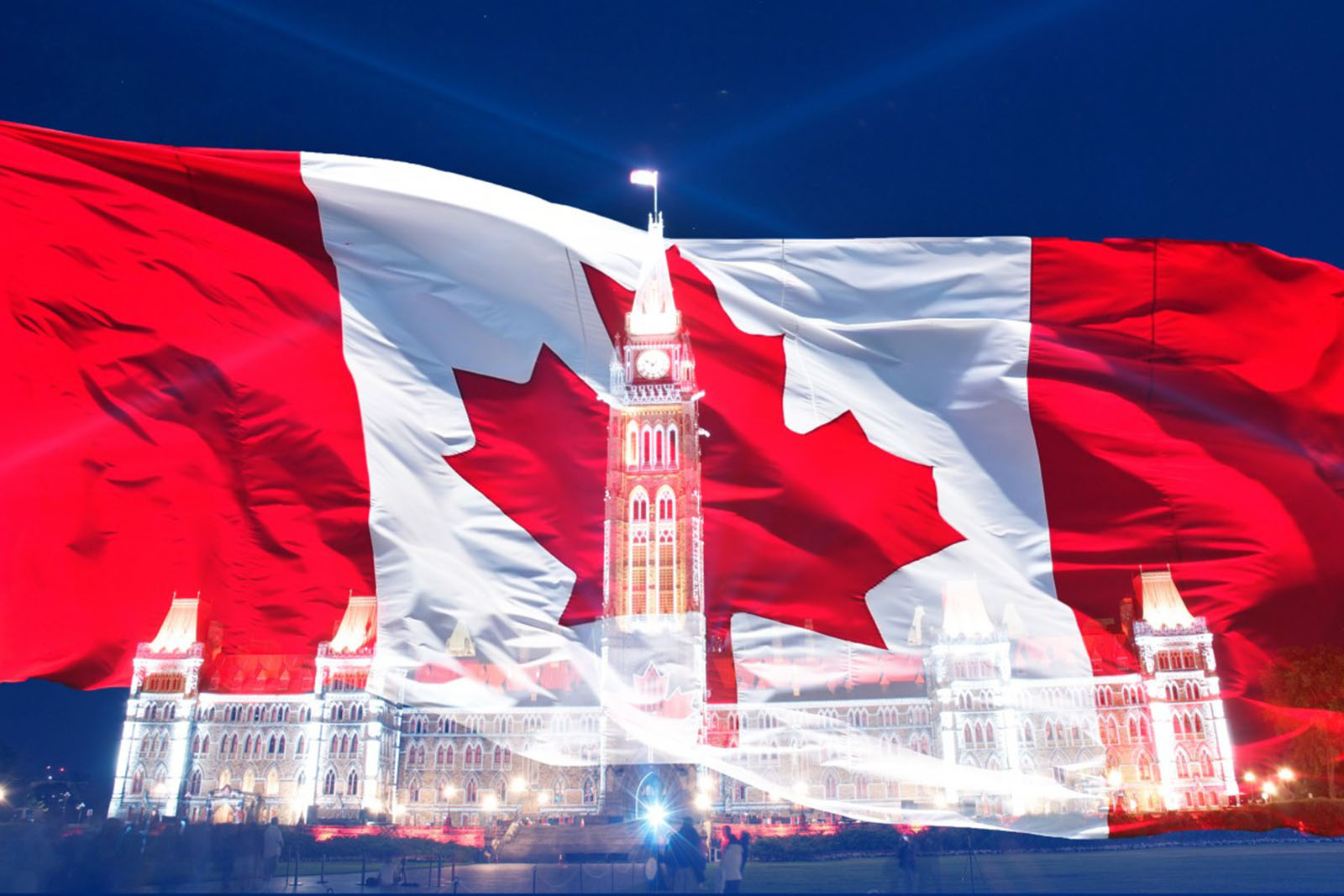 Marking the 12th anniversary since the massacres in Mullivaikkal, Canadian politicians across all spectrums remember the Tamil genocide with remarks from Prime minister Justin Trudeau and New Democratic Party leader, Jagmeet Singh, with further statements coming from leading MP’s and MPP.

Prime minister Justin Trudeau, in his statement, reflected on the ‘scars’ and ‘endured trauma’ that survivors of the massacres had to face and noted that twelve years later they ‘still seek answers, including on the fate and whereabouts of missing family members and loved ones’ and called on Sri Lanka to address the ‘underlying drivers of the conflict’.

He went on to note that Canada was part of the core group at the United Nations Human Rights Council which gave that mandate to ‘collect, consolidate, analyse and preserve information and evidence’ relating to violations in Sri Lanka and added that Canada will ‘advocate for a meaningful accountability process and extend support to all those working toward justice, reconciliation, and inclusion’. Concluding his statement Trudeau called on all Canadians to ‘take time today take time today to recognize the important contributions that Tamil-Canadians continue to make to our country and the adversity they have overcome’.

Today, on the 12th anniversary of the end of armed conflict in Sri Lanka, we remember all those who were killed, or injured, and all who were impacted by the many years of conflict, including during the last phase of the war in Mullivaikal. We also offer our deepest sympathies to the survivors and their families, and to everyone living with the pain and trauma caused by this conflict.

“Twelve years later, the wounds and scars of this conflict linger as survivors and all those who faced adversity, suffered loss, and endured trauma still seek answers, including on the fate and whereabouts of missing family members and loved ones.

“Canada was part of the core group at the United Nations Human Rights Council this past March where the High Commissioner for Human Rights was given the mandate to ‘collect, consolidate, analyse and preserve information and evidence’ relating to violations in Sri Lanka.

“On this anniversary, Canada reiterates its call to the Government of Sri Lanka to find a solution to the underlying drivers of the conflict. We will continue to advocate for a meaningful accountability process and extend support to all those working toward justice, reconciliation, and inclusion, all of which underpin long-term peace and prosperity in the country.

“On behalf of the Government of Canada, I invite all Canadians to take time today to recognize the important contributions that Tamil-Canadians continue to make to our country and the adversity they have overcome.

Jagmeet Singh, Leader of Canada’s NDP noted how the ‘ Tamil Community has shown incredible resilience despite the genocidal campaigns and genocide perpetrated against the Tamil community in Sri Lanka by the Sri Lankan government’. Commenting on the passing of the Tamil Genocide Education and remembrance week in Ontario, he called it a ‘powerful step forward in remembering our history’.

Marking the 12th anniversary of Mullivaikkal, Gary Anandasangaree; MP for Scarborough-Rouge Park and Parliamentary Secretary to the Minister of Crown-Indigenous Relations; spoke in parliament and maintained that Tamils would continue their struggle until justice was achieved.

Madam Speaker, on May 18, Tamils in Canada and around the world will mark the 12th anniversary of the Mullivaikkal genocide.

They will mourn, they will grieve, they will commemorate and they will resolve to never again be witness to such genocide and atrocity in our world.

Sadly, this right to commemorate itself is under attack. The Sri Lankan state continues to desecrate memorials and threaten those who commemorate.

Despite these restrictions, Tamils on the island and around the world will join hands on May 18 in person or virtually to pay tribute to our fallen brothers and sisters, and recommit to ensuring that Tamils can live on the island with freedom, equality and self-determination.

We will continue to be resilient and never be silenced. The monuments to those who were lost are etched in our collective memory and in our hearts.

The march towards justice is long and painful, but we will continue until justice is served.

Vijay Thanigasalam MPP for Scarborough-Rouge Park noted that the ‘history of Tamil people In Sri Lanka has been marked by endless persecution and anti-Tamil pogroms, leading to the genocide of the Tamil people’ and an important step for the community to heal is the ‘acknowledgement and recognition’ of this genocide.

The member for Scarborough-Rouge Park also called for a minute’s silence to be marked in the Ontario Provincial Parliament.

Doug Ford, Premier of Ontario and leader of the Ontario Progressive Conservative party opened his statement ‘honouring innocent lives lost during the Tamil genocide’ and paid tribute to the ‘resilience and strength’ of the Tamil community. He noted that the ‘atrocities’ of the Tamil genocide must ‘never be forgotten’.

Andrew Horwath, emphasised the continued support of the New Democratic Party for the ‘ongoing struggle for justice, self-determination and accountability for this historical truth’ the later in reference to the peak of the genocide during the Mullivaikkal massacres. She explained that the continued advocacy of Tamil-Canadians ‘gives us all hope’ despite all the hardships endured by the community. Concluding her statement she noted that despite these hardships, ‘there will be justice, peace and recognition for the people of Tamil Eelam’.

This May marks 12 years since the Mullivaikkal Massacre in Sri Lanka.

New Democrats join the Tamil community in solidarity and support for your ongoing struggle for justice, self-determination and accountability for this historical truth.

In this past year, we have seen many concerning instances of the work of Tamil activists, journalists and students in Sri Lanka and around the world coming under attack.

Yet the Tamil community has persevered and continues to advocate for what is right.

New Democrats have always been proud to stand with you whether it was joining community leaders and youth at the blockade of the Gardener Expressway in 2009 or in 2016, when I hosted the first Tamil Genocide remembrance ceremony at Queens Park, Or this May when we were proud to support the passage of Bill 104 into law.

The NDP is here for Tamil Canadians, and we remain committed to working closely with you on issues that matter to your community. Your advocacy gives us all hope that despite everything that the Tamil community has endured, there will be justice, peace and recognition for the people of Tamil Eelam.

Thank you, and together may we remember.

John Tory, Mayor of Toronto noted how ‘we must never allow for such dark chapters of our history to repeat itself’ and concluded his statement in paying his respect for Tamil Genocide Remembrance day which Tory noted has been ‘officially recognised by the Ontario Legislature’.

Bill Blair, MP for Scarborough Southwest echoed Gary Anandasangaree statement and noted that that on May 18 ‘we stand with the Tamil community in memory of the suffering that was experienced and those who are still impacted by the trauma of this war.’

Anita Anand, MP for Oakville echoed Gary’s statement in Parliament and marked May 18 th as a day to ‘honour the memory of those who lost their lives, went missing or were displaced’

Caroline Mulroney, MPP for York-Simcoe noted that ‘today, May 18, we recognize Tamil Genocide Remembrance Day’ and commented on the passing of the Tamil Genocide Education Week act in Ontario, ‘ensuring that we will forever remain vigilant about this tragedy’.

Read the full proclamation below:

The Tamils in Sri Lanka were subject to severe persecution, human rights violations, ethnic cleansing and genocide based on their ethnicity.

Over 40,000 Tamil civilians lost their lives during the last stages of the war in May 2009 and over 100,000 lives were lost in the three decade of struggle for Human Rights in Sri Lanka since 1983.

The 300,000 Tamils who have made the Canada their home have worked hard to rebuild their lives in their new found home, have greatly enriched our country through their leadership in business, academia, government, science, and the arts, and have inspired young generation to become successful and contributing citizens.

THEREFORE: I, Mayor Patrick Brown, on behalf of Brampton City Council, do hereby proclaim May 18, 2021 as “Tamil Genocide Remembrance Day”in the City of Brampton.

Martin Medeiros – Regional Councillor for Wards 3 & 4 the city of Brampton and Region of Peel.

Martin Medeiros, remembered ‘those that suffered death, injury, and displacement during the conflict’ and noted the passing of a motion earlier this year directing the City of Brampton to work with the Tamil community to construct a memorial commemorating the loss of life.