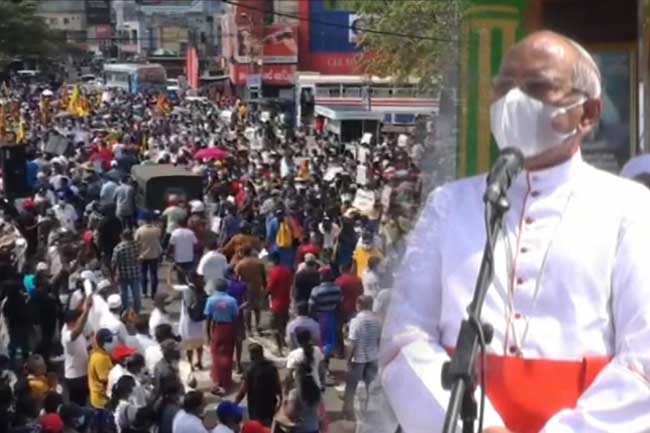 “President should listen to the request made by the Mahanayaka Theras who wanted a nonpartisan person to be appointed as the Premier,” he added.

Venerable Omalpe Sobitha Thera said the President has no right to go against the will of the people. “ People never expected this kind of Prime Minister. The Former Prime Minister also deceived the people and left creating a mess. President also seems to be following the same path,” he said.

Venerable Thera said the request that has been made by Leader of Opposition Sajith Premadasa to be appointed as the Premier should be heeded by the President. A non partisan person should come forward through the leader of the opposition. The President should have a dialogue with everyone concerned,” he added.