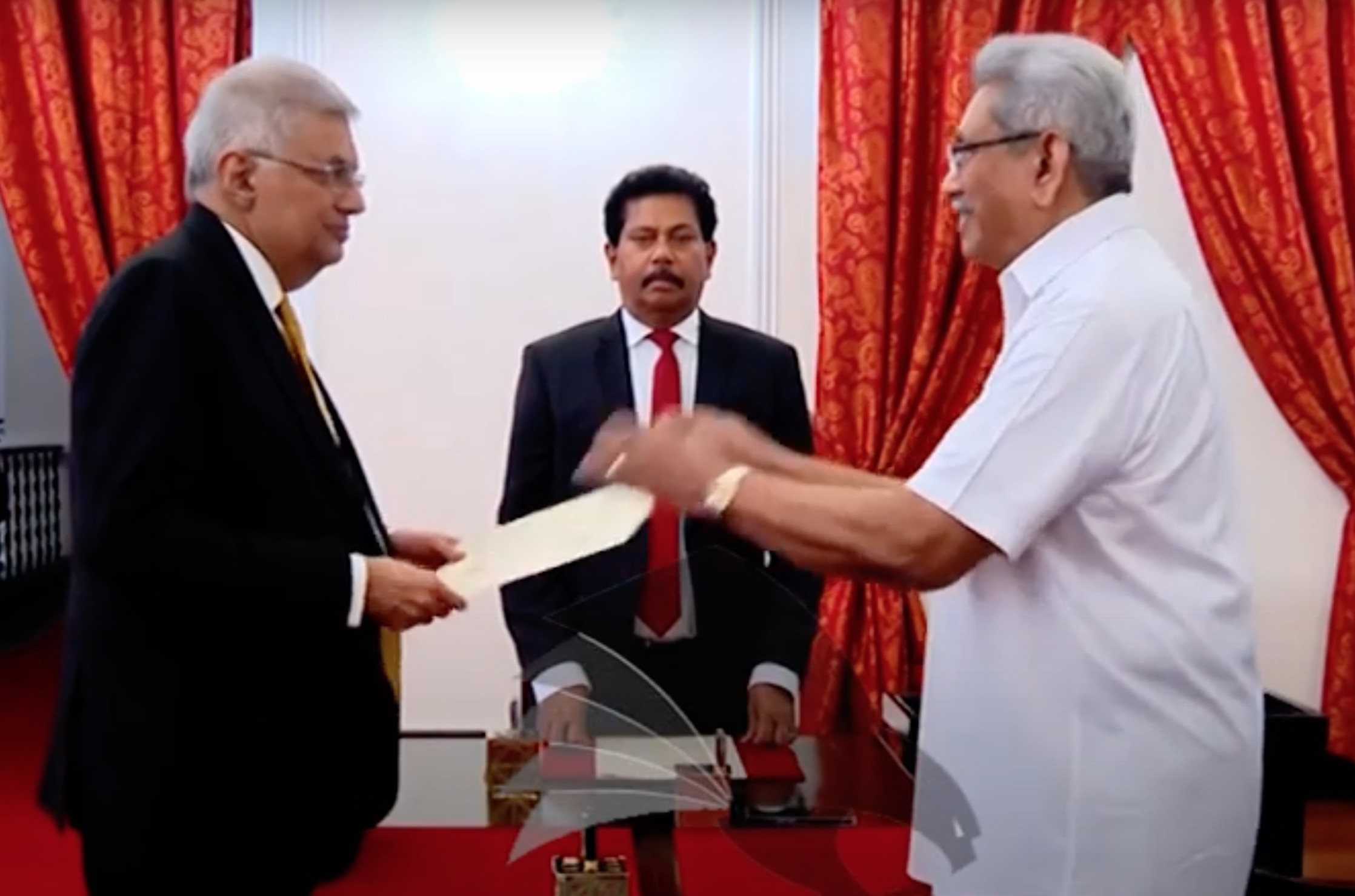 Completing a stunning comeback, United National Party (UNP) Leader and National List MP Ranil Wickremesinghe, who failed to secure his seat in Parliament in the August 2020 General Election, was sworn in as the new Prime Minister last evening (12).

Wickremesinghe has served as Prime Minister of Sri Lanka on five previous occasions. Following a humiliating defeat for himself and the UNP at the General Election in August 2020, he entered Parliament last year through the sole National List seat won by the party.

When inquired by a foreign journalist whether he has the moral mandate to become the PM, being the sole MP from his party, Wickremesinghe made reference to former British Prime Minister Sir Winston Churchill, who served as Prime Minister of the UK from 1940 to 1945, during the Second World War, and again from 1951 to 1955.

“Churchill had only four Members of Parliament backing him in 1939. How did he become Prime Minister? Because of the crisis (a reference to the Second World War). I have done the same,” he said.

President Rajapaksa and Wickremesinghe held a round of discussion on Wednesday evening (11), during which the new appointment for the vacated premiership and the present crisis situation in the country was discussed at length.

Wickremesinghe’s appointment comes after Mahinda Rajapaksa resigned as Prime Minister following an attack on peaceful protestors camped outside the Temple Trees and the “GotaGoGama” protest site at Galle Face Green by a mob of ruling party supporters on Monday (9), which led to retaliatory attacks around the country and public furore.

The resignation of Mahinda Rajapaksa was later notified in a Gazette Extraordinary published on Monday, under the directives of the President.

Soon after the swearing-in of Wickremesinghe, former Prime Minister Mahinda Rajapaksa, who was reportedly relocated to the Sri Lanka Navy Dockyard in Trincomalee due to security reasons, congratulated his successor.

“Congratulations to the newly appointed Prime Minister of #lka, @RW_UNP. I wish you all the best as you navigate these troubled times,” Rajapaksa Tweeted.

The citizens of the island nation have been showing their discontentment with the incumbent Government as they continue to stand in long queues to meet their basic necessities, including food and medicines.

It was reported last week that the President had requested Mahinda Rajapaksa to vacate the premiership, in order to allow the formation of a government of national unity, an interim arrangement until the present economic crisis could be dealt with.

Rajapaksa’s resignation as the Prime Minister came after several rounds of discussions among the ruling Sri Lanka Podujana Peramuna Party (SLPP) and its constituent parties. The PM’s departure also resulted in the dissolution of the Cabinet.