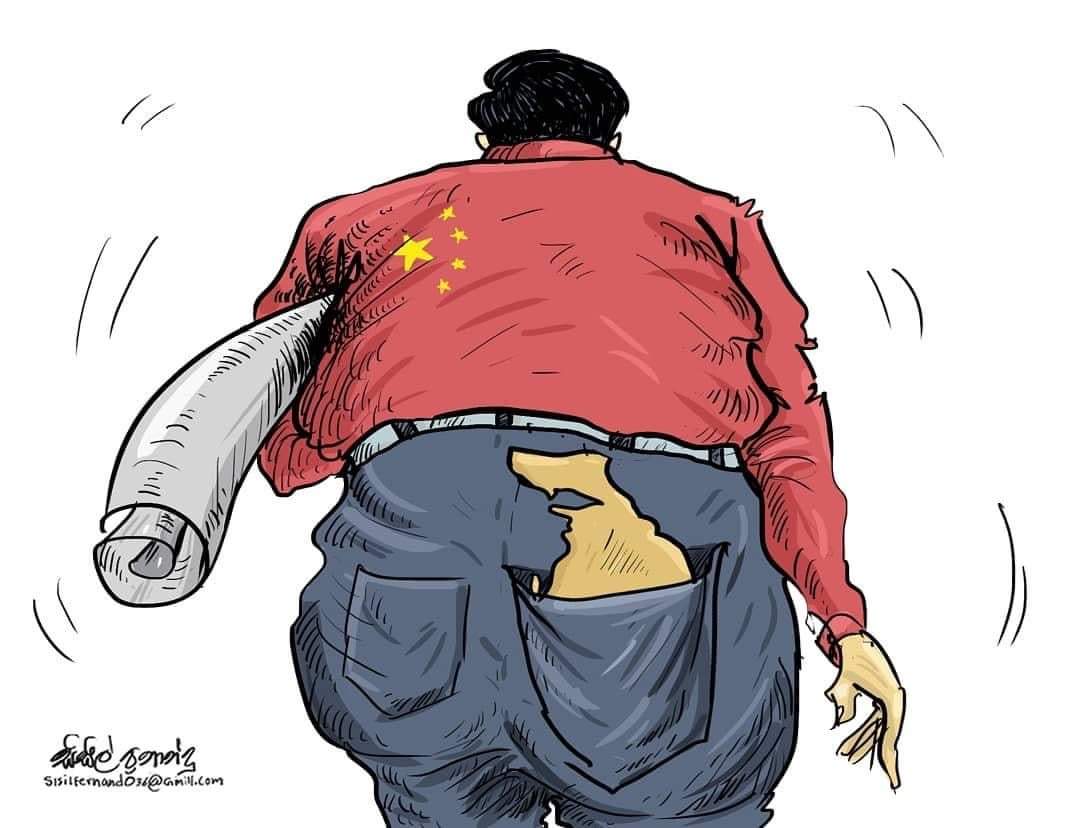 China yesterday responded to Sri Lanka’s long-standing request for a commitment on rescheduling its debts as a prelude to a bailout by the International Monetary Fund (IMF) with an offer for a two-year moratorium, the Sunday Times learns.
In a letter to President Ranil Wickremesinghe in his capacity as Finance Minister, the Exim Bank of China responsible for much of the loans given to Sri Lanka said the two-year moratorium would be a short-term suspension of the debts owed to China while asking all parties, i.e. Sri Lanka’s creditors to get together to work out medium-term and long-term commitments.

It is learnt that the letter also extends China’s support to the IMF’s Extended Fund Facility (EFF) and requests the IMF to go ahead with the discussions on debt restructuring that will lead to an IMF programme.

The letter giving China’s assurances arrived on the eve of a Paris Club meeting of Sri Lanka’s creditors scheduled for next week where Sri Lanka’s debt restructuring measures are to be discussed as a prelude to a US dollars 2.9 million IMF programme to bail out Sri Lanka from its current economic crisis.

Sri Lanka’s efforts to get China’s support along with India’s support for rescheduling its loans were being negotiated for several months.

It comes shortly after India announced that it had written to the IMF extending its assurances in writing that it would support an IMF programme for an Extended Fund Facility for Sri Lanka. China, India and Japan are Sri Lanka’s largest bilateral creditors.

Soon after the Indian assurances were given to the IMF, its External Affairs Minister S. Jaishankar called upon other countries to be “proactive” in supporting Sri Lanka. Dr. Jaishankar who was in Sri Lanka on a 24-hour visit on Thursday and Friday said India was willing to support Sri Lanka “fully” in its efforts to come out of its current financial crisis.

China’s International Department Vice Minister Chen Zhou who was in Sri Lanka earlier in the week, also announced that China was about to announce some “good news” on Sri Lanka’s request to consider rescheduling its debts.

The letter from the Chinese Exim (Export-Import) Bank, the state-run institution responsible for foreign loans, arrived in Colombo on the eve of the Chinese lunar New Year which begins today.

It was not immediately known if the Chinese assurances contained in the letter would meet the requirements of the Paris Club and the IMF.

Participation at the Paris Club by India and China was also not immediately known, but the Sunday Times learns that the Sri Lankan Finance Ministry was confident it was sufficient consent for the IMF to go ahead with discussions on its debt restructuring schedule leading to its bailout programme for Sri Lanka.