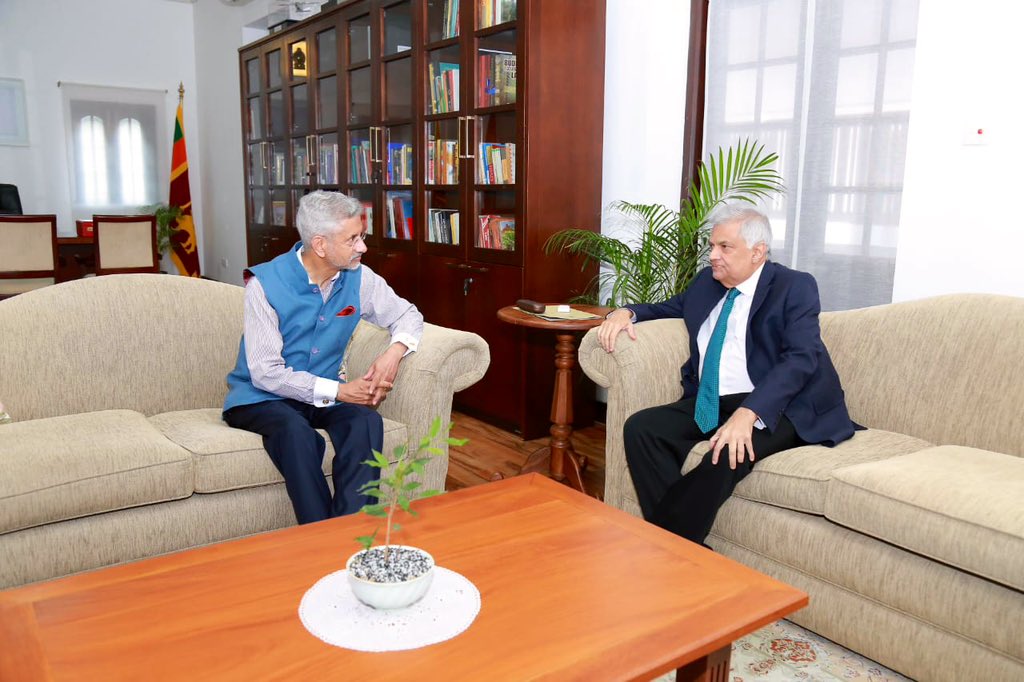 India considers the full implementation of the 13th Amendment in Sri Lanka “critical” for achieving reconciliation with the minority Tamil community, External Affairs Minister S Jaishankar said on Friday, underlining that New Delhi has always supported both the political and economic stability in the island nation.

India has been pressing Sri Lanka to implement the 13th Amendment which was brought in after the Indo-Sri Lankan agreement of 1987. The 13A provides for the devolution of power to the Tamil community.

Fully implementation of the 13th Amendment to Sri Lanka’s Constitution will facilitate unity among all the communities in the island nation so that they could live as one.

“India has always supported both the political and economic stability of Sri Lanka,” Jaishankar said in a press statement after talks with Lankan President Ranil Wickremesinghe and Foreign Minister Ali Sabry.

He further said that he shared with Lankan President Wickremesinghe, “our considered view that the full implementation of the 13th Amendment and early conduct of provincial elections is critical” for both the political and economic stability of the debt-ridden island nation.

“Durable efforts towards reconciliation are in the interests of all sections in Sri Lanka. I also spoke of the need to pay special attention to the requirements of the Indian-origin Tamil community,” he said.

Jaishankar, who is here on a two-day visit, called on President Wickremesinghe on Friday morning.

Sri Lankan President Wickremesinghe on Thursday called for reconciliation and coexistence in the island nation, saying his government has initiated the process by talking to Sri Lankan Tamils and understanding their problems.

He said the government has already started discussions with the Tamil community and will also be talking with the Tamil section in the “Hill Country” to integrate them into the society.

Sri Lanka has had a long history of failed negotiations to end the Tamil claim of discrimination by allowing some form of political autonomy.

An Indian effort in 1987 that created the system of a joint provincial council for the Tamil-dominated north and east faltered as the Tamils claimed it fell short of full autonomy.

Tamils say that not enough power had been devolved to the provincial councils to make them meaningful.

Wickremesinghe himself tried an aborted constitutional effort between 2015-19 which too came to be scuttled by the hardline majority politicians. The Tamils put forward their demand for autonomy since gaining independence from Britain in 1948 which from the mid-70s turned into a bloody armed conflict.

Over the years, the Sri Lankan government has been aggressive against Tamilian groups following its war with the Liberation Tigers of Tamil Eelam (LTTE).

The LTTE ran a military campaign for a separate Tamil homeland in the northern and eastern provinces of the island nation for nearly 30 years before its collapse in 2009 after the Sri Lankan Army killed its supreme leader Velupillai Prabhakaran.

According to Sri Lankan government figures, over 20,000 people are missing due to various conflicts including the three-decade brutal war with Lankan Tamils in the north and east which claimed at least 100,000 lives.