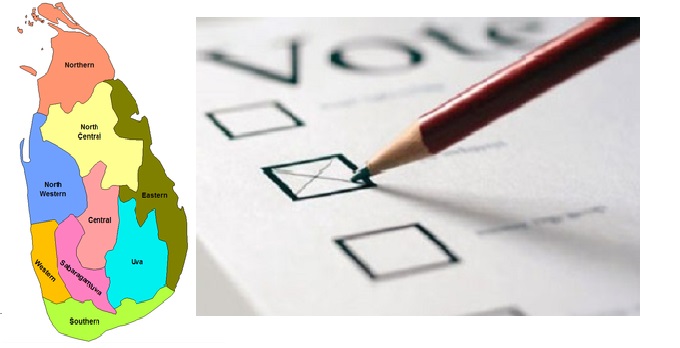 Political parties presenting their recommendations before the Parliamentary Select Committee (PSC) on Election law reforms told the PSC that the electoral system should be fair and transparent.

The Select Committee of Parliament to Identify Appropriate Reforms of the Election Laws and the Electoral System and to Recommend Necessary Amendments met yesterday (21) under the chairmanship of Leader of the House, Minister Dinesh Gunawardena.

Mr. Gunaratne also said that local government bodies need the representation of all communities. He added that the reason for many of the problems in the North was due to the lack of proper representation.

He said the electoral system should be fair and transparent as well as free from corruption.

He said that it was appropriate to establish a divisional electoral system and that it should be used for local government, provincial council and parliamentary elections.

Mano Ganesan, Member of Parliament who testified on behalf of the Tamil Progressive Alliance, said that the proportional representation system is suitable for the country.

He emphasized in the committee that fair representation of the dispersed ethnic groups is needed and that it can only be achieved through proportional representation.

He added that under the current system of proportional representation, every vote cast by a voter has a valid value.

Speaking at the Select Committee on behalf of the Illankai Tamil Arasu Kachchi (ITAK), MP M. A. Sumanthiran said that the Election Commission should be further strengthened and its independence ensured.

He emphasized that the current local government election system was weak and needed to be amended. He further stated that the electoral system should be strengthened to protect the rights of minorities.

The Chairman also requested the Parliamentary Select Committee to inform the Attorney General’s Department of its views on the steps to be taken to hold the Provincial Council Elections expeditiously.