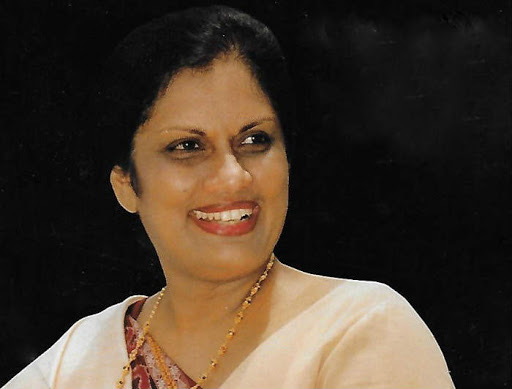 Former President and incumbent Patron of the Sri Lanka Freedom Party (SLFP) Chandrika Bandaranaike Kumaratunga has stated that the present SLFP Leaders are also responsible for all the wrongdoings of the present Sri Lanka Podujana Peramuna (SLPP) led coalition Government of which they are a part of, and therefore, they can never evade responsibility for such.

In a media statement yesterday (22), she said that if the current SLFP Leaders have a genuine desire to build the country and the party, they should resign and hand over the party to a group of principled young persons.

She issued the said media statement in response to reports that current SLFP Leaders were preparing to invite her back to join the party. Kumaratunga responded that she had never left the party. “I have never left the party. I am still the patron of the SLFP, but I have not been invited to any discussion or meeting of the party since June 2018.”

She was removed from the post of the SLFP Electoral Organiser in Attanagalla, when she, along with several others, had objected to the SLFP preparing to form an alliance with the SLPP in 2020. Kumaratunga said that the present SLFP Leaders themselves have now understood that what she said at that time was true. “We emphasised that an alliance with the SLPP would destroy the SLFP. What we said three years ago has come true today. Even the SLFP Leaders accept it today. The SLFP then joined the SLPP since they were greedy for power. They do not love the party nor do they have a vision,” she added.

Explaining further about the reports that the SLFP Leaders are to invite her to join the party’s affairs, Kumaratunga said: “If there is a real need for them to build the country and the party, the present party leaders should resign from their posts and hand over the party to a group of principled youth. These ambitious, short-sighted leaders can never rebuild the SLFP or the country. I am not prepared to waste my time dealing with such people.”

Kumaratunga, the third Chairperson of the SLFP, in a recent interview with The Morning said that the present SLFP Leaders should all resign now. “Instead, young, honest, and educated people who have their own income should take over the party. They don’t have to come from rich and aristocratic families. However, they should have their own income, either by doing some business or employment. They should not think that politics is the best way of earning money. We need such people to take over not only the SLFP, but also the country,” she said in the interview.

The SLFP is chaired by former President and incumbent Parliamentarian Maithripala Sirisena.