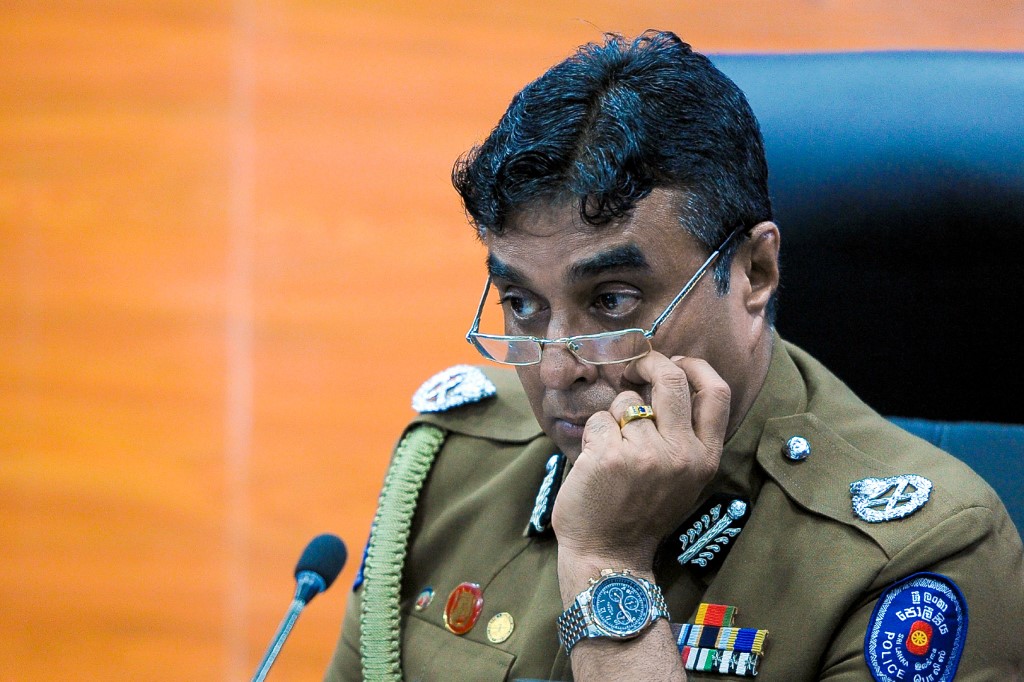 Although there was no direct information provided by then Chief of National Intelligence (CNI) Sisira Mendis and then State Intelligence Service (SIS) Director Nilantha Jayawardena regarding the Easter Sunday terror attacks of 21 April 2019, four Deputy Inspectors General of Police (DIGs) in the Western Province (WP) had received prior information about a possible terror attack from then Inspector General of Police (IGP) Pujith Jayasundara, claimed Senior DIG (SDIG) in charge of the WP Deshabandu Tennakoon.

Jayasundara had conveyed the information through a letter to then SDIG in charge of the WP Nandana Munasinghe, the latter who had then sent the same letter together with his (Munasinghe) notes, to the four DIGs in the WP including Tennakoon.

Tennakoon was testifying before the Colombo High Court Trial-at-Bar when the case against Jayasundara for his alleged failure to take action to prevent the Easter Sunday terror attacks was taken up on 18 January 2022. The case was taken up before Judges Namal Balalla, Adithya Patabendi, and Mohamed Irshadeen.

Tennakoon, who was the DIG in charge of WP – North at the time of the said terror attacks, also claimed that the letter received by his office on 11 April 2019 stating that there was a possibility of a terrorist attack in the next few days, was not serious and seemed merely another letter from the top.

He said that he had, on 3 April 2019, applied for leave from 18 to 21 April 2019, and was on leave at the time of the terror attacks. He also told the court that the DIG in charge of the WP – South covered his duties during his vacation.

The court asked the witness as to whether the Police could have prevented an attack only if they had received information about the date, time, and place of the attack. In response, the witness stated that he and other officials receive such information on a daily basis. “Although the Criminal Investigations Department had photographs of the suspects involved in the Easter Sunday terror attacks, prior to the attacks, the rest of the Police did not have such information. So even if we met the suspects face to face, it would have been hard to identify them,” he claimed.

Testifying further, Tennakoon said that the letter sent to him by Munasinghe had been received by his office on 11 April 2019. The said letter, according to Tennakoon, contained intelligence that National Thowheeth Jama’ath organisation Leader Zahran Hashim was planning to carry out a suicide terror attack. He testified that after receiving the letter, he had forwarded it to the Senior Superintendents of Police (SSPs) under him on 12 April 2019.

He was then cross-examined by Attorney-at-Law Roshan Dehiwala who appeared for Jayasundara, and Tennakoon said that there was no information regarding a possible terror attack from the then CNI and the then SIS Director. However, Jayasundara had sent information to four DIGs in the WP regarding a possible terror attack, he added.

On 21 April 2019, Easter Sunday, three churches (St. Sebastian’s Church in Katuwapitiya, St. Anthony’s Church in Kochchikade, and Zion Church in Batticaloa) and three luxury hotels in Colombo (Cinnamon Grand Colombo, The Kingsbury Colombo, and Shangri-La Colombo) were targeted in a series of co-ordinated suicide bombings. Later that day, another two bomb explosions took place at a house in Dematagoda and the Tropical Inn Lodge in Dehiwala. A total of 269 people excluding the bombers were killed in the bombings, including about 45 foreign nationals, while at least 500 were injured.