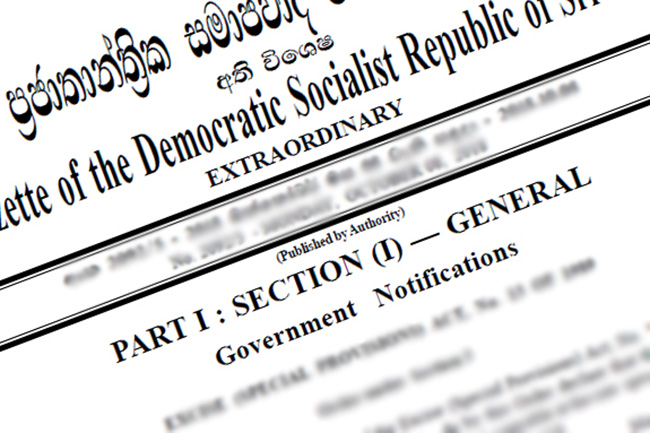 An extraordinary gazette notification was issued yesterday, making it compulsory for all civil public servants to reach the age of 65 years of their retirement age.

The gazette notification Ref. 2263/5 was issued by the Minister of Public Services, Provincial Councils and Local Government, Janaka Bandara Tennakoon.

“Every public servant may be required to retire from the public service on or after attaining the age of 55 years. Sixty-five years of compulsory retirement for all civil public servants, other than the officers whose compulsory age of retirement is specifically defined by the Constitution or any other law, unless a decision is taken by the proper authority to retain the officer further in service. ” the gazette notofication said.

This decision is considered implemented as of January 1, 2022.

Accordingly, those who have worked in the public service and held such an office or post for a period of ten years or more, whether such office or post was permanent or not, may be entitled to receive a pension equivalent to 1/3rd of their salary.

For a period of 10 years and thereafter increased by 1/30th of the salary. For each complete year of service.

in excess of 10 years, up to a maximum of 2/3rd of the last drawn salary for 20 years of service, on the termination of his service on any ground other than inefficiency or misconduct. No commuted gratuity shall be payable to any person who is entitled to a pension, the gazette said.