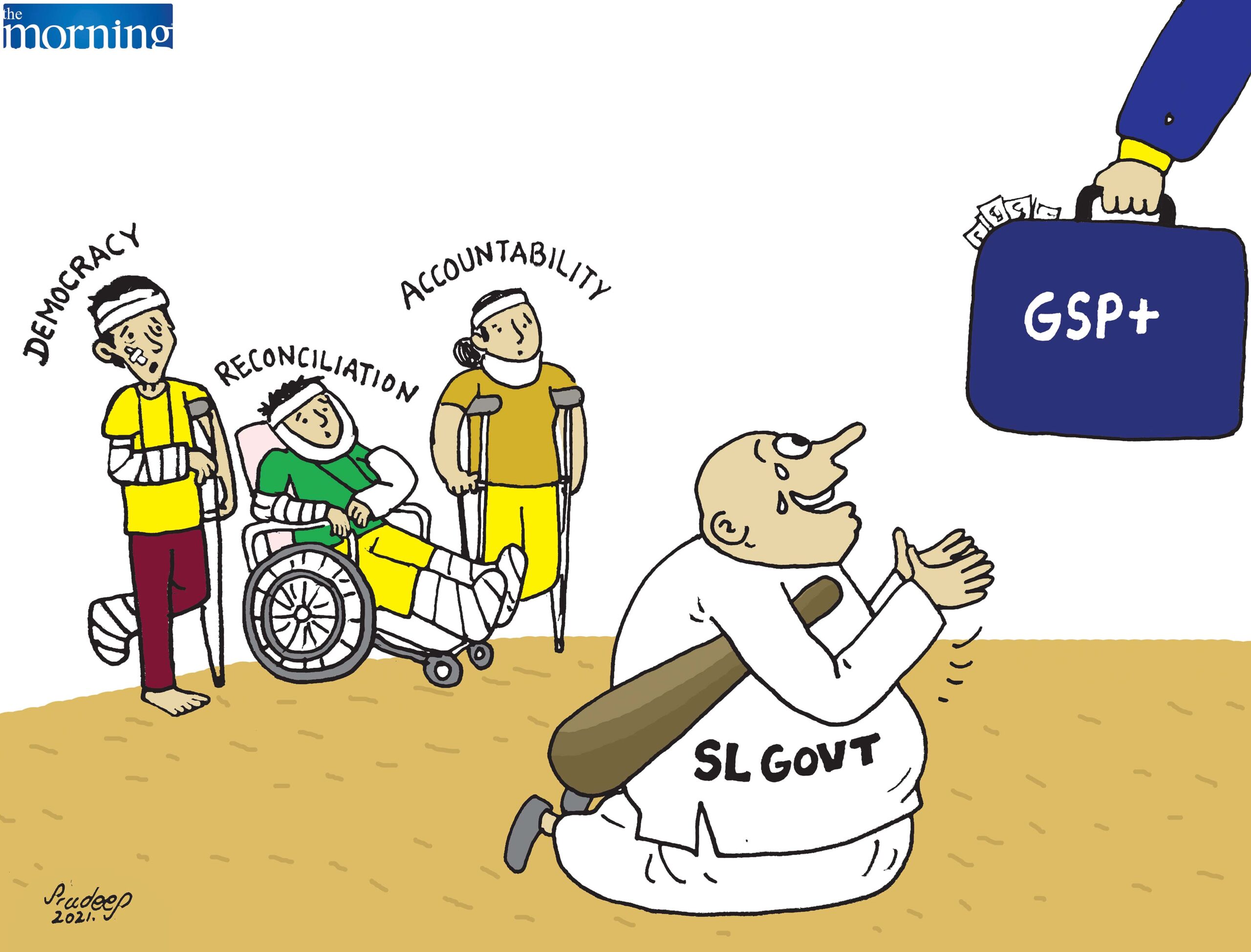 Foreign Minister Prof. G.L. Peiris, in an address to the Colombo-based diplomatic community yesterday (13), had stressed on the importance of the European Union’s (EU) Generalised Scheme of Preferences Plus (GSP+) trade concession to the Sri Lankan economy.

According to a Foreign Ministry press release, Prof. Peiris had said that he was satisfied with the discussions that were held with the delegation of the EU GSP+ Monitoring Mission, and had added that the continuation of the GSP+ is vital for the Sri Lankan economy, not only in the apparel sector, but also in other areas of bilateral trade.
“Covid-19 dealt a significant blow to our plans and we need to recover,” Prof. Peiris had added.

However, he had expressed his satisfaction at the improvement of the Covid-19 situation in the country due to the ongoing successful vaccination drive and had therefore sought the assistance of the diplomatic community to revive tourism activity.

Prof. Peiris made these remarks at a meeting with all Colombo-based diplomats at the Foreign Ministry yesterday.

The European Parliament, earlier this year, called on the Government of Sri Lanka to repeal the Prevention of Terrorism (Temporary Provisions) Act No. 48 of 1979 as amended and the European Commission to consider the temporary withdrawal of the GSP+ from Sri Lanka if it is not done.

The EU GSP+ Monitoring Mission visited Sri Lanka during the first week of October and met with a number of officials and organisations, both within and outside the Government, in this regard.

The GSP+ gives Sri Lanka preferential access to markets in the EU. It was withdrawn in 2010 after the EU identified three major shortcomings with respect to United Nations human rights conventions (the International Covenant on Civil and Political Rights, the Convention Against Torture, and the Convention on the Rights of the Child) related to the scheme of the GSP+, which is not only a special incentive agreement for sustainable development but also for good governance. It has been identified that the GSP+ especially benefits the fisheries and apparels industries.