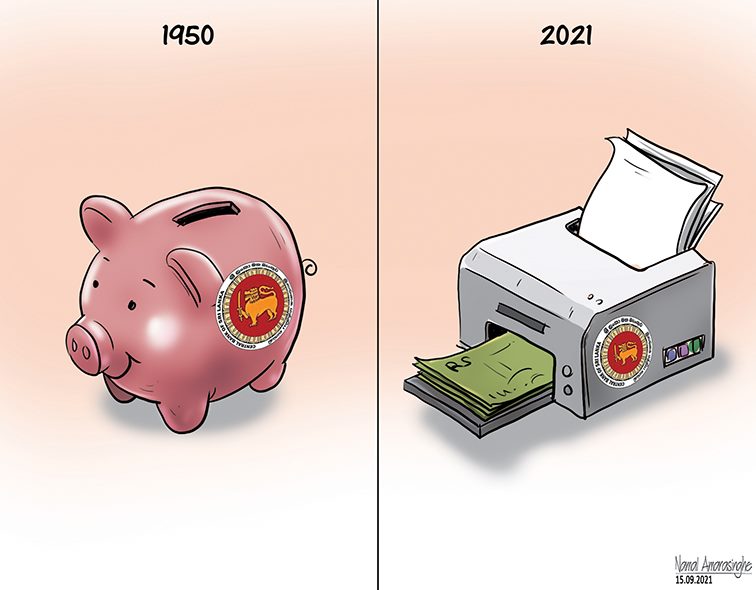 Former Central Bank Deputy Governor and Prominent Economist W.A. Wijewardena said Sri Lanka could be on its way to “hyperinflation” should the Central Bank failed to adopt necessary corrective measures at this point in time.

“After cancelling the gazettes, the repressed inflation in Sri Lanka is now becoming open inflation,” Wijewardena said, in a Facebook post.

“But it could be kept as a one-time price increase if CBSL does not validate it by printing new money. If it continues with printing new money, its progression to a hyperinflation cannot be avoided’ the former Central Bank Deputy Governor added.

He also added that this was true for the exchange rate which too has been repressed at Rs 203 against USD.