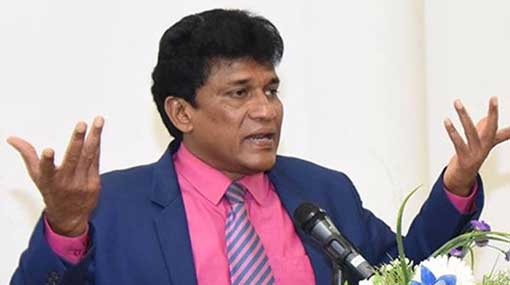 Leader of Tamil Progressive Alliance (TPA) MP Mano Ganesan refused to sign the final document of the Special Presidential Commission of Inquiry (PCoI) yesterday (12) as the document was in Sinhala. Citing his Constitutional right, he told investigators that his testimony, although translated from Tamil to Sinhala and from Sinhala to Tamil, must be written in Tamil if it is to be signed. He asked them to call him back when the final document is ready in Tamil.

The MP was summoned to the Special PCoI investigating ‘how corruption ministers were prosecuted in the previous government’ late last year when the MP received a summons in Sinhala from his local Police Station. He returned the summons written in Sinhala, requesting it be sent in Tamil. He accepted the summons once it was translated but later refused to sign when the Special PCoI presented a Sinhala document to sign, citing a legal problem because it was not in Tamil.

“I was the cabinet minister responsible for the country’s language law and language policy. Do I have to break the language policy?” he queried. When the trial was adjourned and set to take place on another day, he said, “We will be back in power soon, so finish all these investigation as soon as possible, ” the MP told Media.

“Under Article 22 of Chapter 4 of the Constitution of Sri Lanka, every citizen has the right to receive oral and written answers in any of the national languages; Sinhala, Tamil and English. When I went to the hearings today, the parliamentary oral interpreter was there. They were doing it because I had returned the Sinhala invitation. He did the text translation between me and the investigators. My confession was typed in Sinhala. But in the middle of the hearing I asked: ‘do I have to sign my confession?’ to which they said, ‘Yes’. Then I said, ‘Then prepare the document in Tamil’ ”.

Any law, including criminal law, must be enacted under the Constitution of the country. Interpretation is different from translation, he said alleging that the Special PCoI was silent when he mentioned his right to receive both documents in his mother tongue under Article 22 of Article 4 of the Constitution.