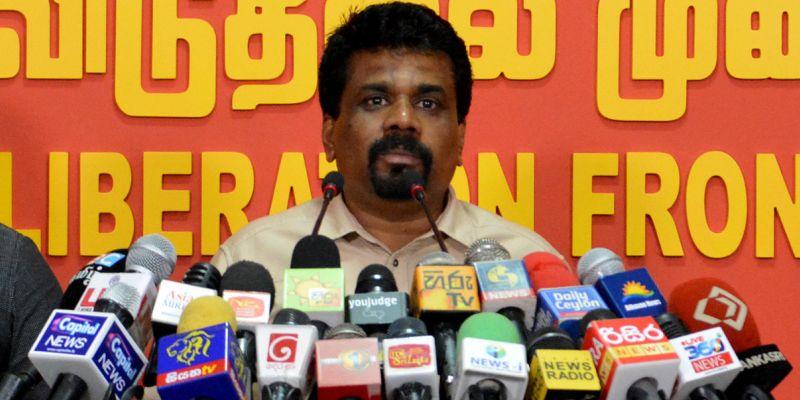 Giving assurance that the Janatha Vimukthi Peramuna (JVP) and its Trade Unions would not remain silent over selling state assets, JVP Leader Anura Kumara Dissanayake said today they would come forward to revert the agreements which had been signed to hand over the Trincomalee Oil Tank Farm to India and transferring of shares of the Kerawalapitiya LNG Plant to a US Company.

He said they would rally round the people to expel the governments that sell state assets and form a government which could manage the state resources under state patronage.

Speaking at a protest march organised against selling of Trincomalee Oil Tank Farm to India, he said plans were afoot to sell commercial lands and buildings in Colombo to foreign Companies.

“Government is planning to sell 13 acres of the land belonging to the Colombo Port to a Chinese Company. Eastern Jetty of the Colombo Port was sold to India’s Adani Group of Companies.The agreement was signed to sell Trincomalee Oil Tank Farm to India on January 6. We will fight to revert these agreements,” he said.