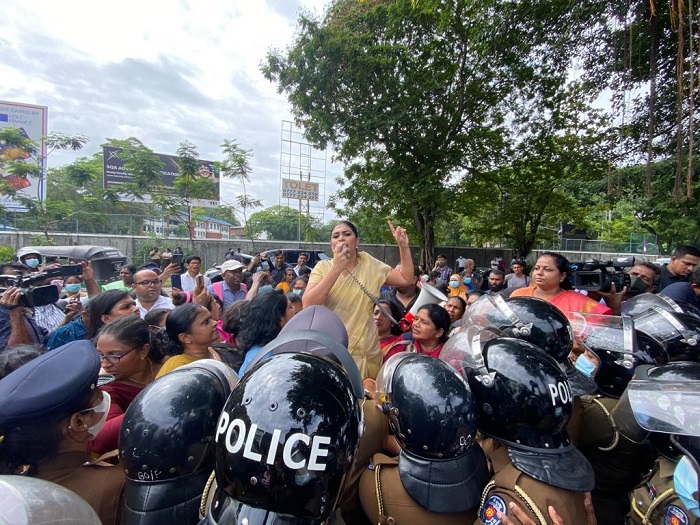 Several protests are being staged in various parts of Colombo today as well.

A protest led by former MP Hirunika Premachandra is being staged near the private residence of Prime Minister Ranil Wickremesinghe.

The Samagi Vanitha Balawegaya headed by Hirunika Premachandra has gathered on the road opposite Thurstan College, in Colombo 07.

The protest is being held to highlight the difficulties faced by the people due to the economic crisis.

Meanwhile, the Bank of Ceylon Mawatha in Colombo has also been closed for traffic due to another protest.

A number of protests have been held from time to time by the public over the last few weeks to show their displeasure over the hardships faced due to the economic crisis.

Sri Lanka is currently facing a shortage of several essential items, especially gas and fuel. The public has been forced to stand in queues for several hours and days to purchase gas and fuel.