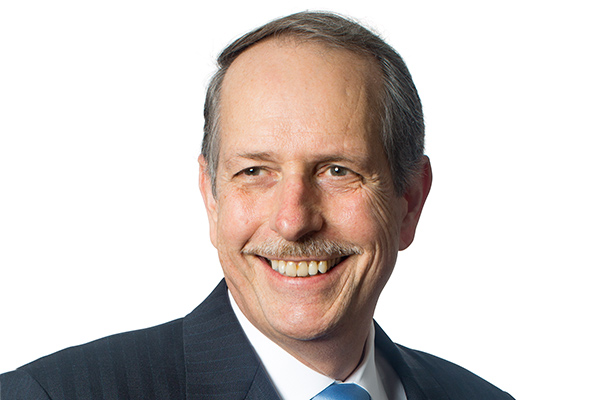 Calls for the Government of Sri Lanka to default on its International Sovereign Bond (ISB) repayments coming up tomorrow and to speak to the bond holders to restructure payment are not feasible as such a move would require the restructuring of all private and bilateral debt, stated Prof. Lee C. Buchheit of the University of Edinburgh Law School, at the Sri Lanka Economic Outlook 2022 organised by Nextgensl and Friedrich Naumann Foundation, last Thursday.

Buchheit during his stellar legal career of 43 years at Cleary Gottlieb Steen & Hamilton LLP worked on more than two dozen sovereign debt restructurings. He led the legal teams advising Greece in the 2012 restructuring of government bonds totalling more than € 206 billion (the largest sovereign debt workout in history) and also advised the Republic of Iraq in the 2004-08 restructuring of $ 140 billion of debt accumulated by the Saddam regime.

According to him, if Sri Lanka were to embark on a debt restructuring process, it would be a much broader gauged process involving both private and bilateral creditors.

“I don’t think there will be a renegotiation of a particular bond, all creditors both commercial and bilateral view each other with suspicion. If one went to the holders of the January 2022 ISBs or the July 2022 ISBs and said ‘you are the problem, let’s restructure your liability’, they will say ‘this pain must be shared with our fellow creditors, both bond holders and bilateral partners’,” stated Buchheit.

Explaining further, he stated that in his experience, any effort to negotiate with private creditors to restructure liabilities over a short-term period would not be successful and the holders of said liabilities will require that the pain be shared in an equitable fashion with all private and bilateral creditors, and that such a debt restructuring process will take around a year or even longer.

He further claimed that restructuring of private debt will be extremely complicated during this decade, more than ever before, due to the diversity of private creditors and debt instruments. According to Buchheit, there is no mechanism within the field of sovereign debt restructuring to co-ordinate such a diverse range of creditors and such a process will inherently be messy. Furthermore, another issue affecting the restructuring of private debt is the presence of secured debt arrangements where the sovereign borrowers have either directly or structurally provided collateral to the loans. Loans that benefit from collateral will be extremely difficult to restructure as the creditor will be reluctant to give up the benefit of his collateral.

Buchheit further noted that there will be greater temptation among commercial creditors to decline in participation in sovereign debt restructuring in part because of how the Argentine saga ended. Argentina defaulted in 2001; the crisis that was triggered didn’t actually end until 2016, 15 years later. The few creditors that declined participating in the Argentine debt restructuring process wound up getting very significant pay-outs, which has left a memory in the market which may tempt a number of investors to walk that path in a future sovereign debt crisis in a particular country, Buchheit stated.

According to Buchheit, the position Sri Lanka is in right now is not unique and many countries have been in the same position. Sri Lanka has lost access to its capital markets and is therefore pursuing a policy of looking at its bilateral partners to provide funding to help it get over what it hopes is merely a difficult period. According to him, in his experience, politicians in this situation hope that the inflows from bilateral and multilateral parties will be sufficient to tide the country over during the period the country institutes a homegrown fiscal adjustment.

“Sometimes that works but often it doesn’t work; fiscal adjustment programmes are inherently distasteful. Whether they are homegrown or recommended by the IMF, they will involve a degree of pain. It will require, for example, the stripping of subsidies which may have become embedded in the economy. Homegrown adjustment programmes of that kind often become casualties of the political process. Politicians simply do not have the stamina to push them through to their eventual success. It is often the case that those local politicians find the intervention of someone like the IMF quite helpful. Because they can say ‘we, your elected leaders, are not the authors of your misery’.”

Commenting on the Government of Sri Lanka’s insistence on pursuing a homegrown debt restructuring process without IMF intervention, Buchheit stated: “Is there a plausible set of fiscal adjustments that you could implement in a reasonable time period – the next two or three years – which would return the country to voluntary private capital market access. If there is such a set of policies and if you believe that you have the stamina to push them through then perhaps it makes sense to try to bridge this difficult period through borrowings from your bilateral partners.”

Buchheit made a grim prediction for 2022 where he believed that it’s likely that we would see a large number of sovereign default crises globally. According to him, globally, debt stocks, both government and private, were already at all-time high levels prior to the pandemic and have increased significantly since then to fund Covid-19 amelioration purposes and in developed countries, it has also funded economic stimulus measures and social safety net improvements.

“Despite the colossal size of the debt stock, we have not had a contagious sovereign debt crisis of the kind we saw in the 1980s and early 1990s during the so-called global debt crisis. There are several reasons for this; undoubtedly the most important relates to the extraordinarily accommodating monetary policies of the large central banks. This has had two aspects; first, interest rates have been brought down to zero or near zero, and in Europe below zero. That has meant that borrowers, including emerging market borrowers, could borrow at interest rates that are historically low levels. It has also meant that investors seeking a remunerative yield on their fixed income investment and not finding it in traditional debt issuances by governments of developed countries have been forced to look further and further afield in order to earn a remunerative yield. That undoubtedly has benefitted emerging market borrowers. The second aspect of the monetary policies is quantitative easing which involves central banks going into the market and buying debt instruments issued by their own government, and in some cases, from corporate issuers as well. The central banks quite literally print the money used to purchase these debt instruments and the balance sheets of central banks like the Federal Reserve of the US and the European Central Banks are now astonishingly large.”

Furthermore, the Group of 20 (G20) countries announced the Debt Service Suspension Initiative (DSSI) allowing 73 of the poorest countries in the world to defer their bilateral debt service payments starting from May 2020; this, according to Buchheit, undoubtedly helped 46 of the 73 eligible countries who availed themselves of the DSSI, to avoid defaulting during the pandemic period. However, this initiative wasn’t available to Sri Lanka.

In addition, the IMF allocation of special drawing rights to member countries, proportionate to their share in the fund, also assisted many countries, including Sri Lanka, survive during the pandemic period.

Owing to the above factors, the number of sovereign default crises during the pandemic period was largely limited; the most prominent during the period are Argentina, Ecuador, and Belize.

However, according to Buchheit, the concern is that this honeymoon period might run out in 2022 due to the emergence of inflation in developed countries which will put pressure on their central banks to rein in their accommodative monetary policies. This is currently occurring with the Federal Reserve announcing that it will tail off its quantitative easing measures by the end of the first quarter of 2022. Moreover, they are now planning to increase their interest rates by two to three times.

Furthermore, the DSSI expired at the end of 2021 and was not renewed. That means the countries that deferred their bilateral debt payments under the initiative will have to consider whether they will implement full-scale debt restructuring.