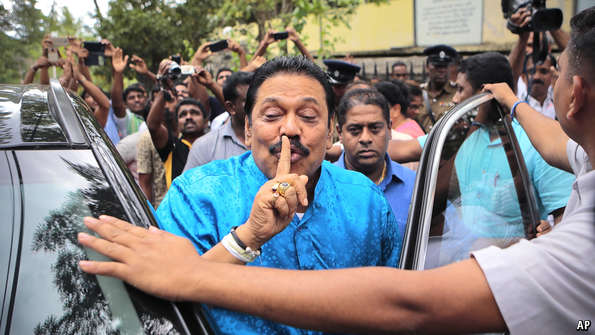 Speaking during the second reading debate in the House, the local agents of these forces are still active.

“It was them who sponsored protests that are taking place in the nation. Their action affects the tourism sector which has begun to recover now,” the former PM said.

“Some are questioning the defence allocation. I would like to tell them that a country’s defence is more important than anything else. We will not allow the nation’s security to be at stake,” he added.

“The budget 2023 is a giant leap to stabilize the economy though it does not fulfil aspirations of some sectors. The emphasis made on the youth in the budget is welcome. Loss making state enterprises should be restructured. However we are of the view that profit making enterprises should be safeguarded. We are against selling off national assets to the foreign forces,” he also said.

“One has to remember that the Yahapalana government had gone for borrowings which the country cannot resist. We have not neglected social welfare even during difficult time. We have managed our finances and ensured social welfare in the past. We shall do the same in the future as well,” he stressed.