The Army Headquarters at Sri Jayawardenepura on Tuesday (9) laid a red carpet welcome to the Commander-in-Chief of the Armed Forces, President Ranil Wickremesinghe when he made his first formal visit to the HQ at the invitation of the Commander of the Army, Lieutenant General Vikum Liyanage after the former’s recent assumption of office as the 8th Executive President of Sri Lanka.

The Head of the State was saluted in a drive-past Guard Turnout in front of the Defence Ministry building. Lieutenant General Vikum Liyanage, Commander of the Army extended a warm welcome to President Ranil Wickremesinghe before ushering him to the parade square to receive honours.

Colourfully and elegantly-attired troops of the Gajaba Regiment (GR) presented arms and saluted the day’s Chief Guest, President Ranil Wickremesinghe after he reviewed the Guard of Honour at the request of the Parade Commander from the special dais in keeping with military traditions.

No sooner than President reviewed the highest military salute closely, made up of 04 Officers, 100 Other Ranks along with squads of President Colours and Regimental Colours.

At the main entrance to the AHQ, President Ranil Wickremesinghe was introduced to the Principal Staff Officers (PSOs) of the Army HQ by Lieutenant General Vikum Liyanage, Commander of the Army.

At the Commander’s office, both the visiting Commander-in-Chief of the Armed Forces and the host, Lieutenant General Vikum Liyanage had a very brief exchange of views. Commander of the Army also availed himself of the opportunity to present the first editions of the “Sri Lanka Army Keystone Doctrines; Command, Operations Other Than War and Sustenance ” to the visiting Commander-in-Chief.

Attaching more importance to the day’s itinerary, the President in an appreciative move did not forget to meet a representative gathering of Army troops who performed their duties on that fateful day a few weeks ago when a violent mob tried hard to take control of the Parliamentary complex which is considered as the pinnacle of the Democracy and Sovereignty of Sri Lanka. Army soldiers on duty while trying to prevent their entry sustained injuries and some of them had to be admitted to hospitals for urgent treatment.

President Ranil Wickremesinghe, addressing the gathering after a welcome note appreciated their timely intervention at the expense of their own lives and gave away certificates of appreciation to those heroic troops of the Army where he stated ” Your actions that day preserved the Constitution, Democracy and Sovereignty of the country”.

Lieutenant General Vikum Liyanage towards the end of the distribution of appreciative certificates among soldiers, showed his organization’s gratitude to the visiting Commander-in-Chief of the Armed Forces by presenting a special memento on behalf of all in the Army.

The country’s 8th Executive President Ranil Wickremesinghe afterwards made a complimentary note in the Visitors’ Book before he posed for a couple of group photos with Senior Officers at the Army Headquarters on request. 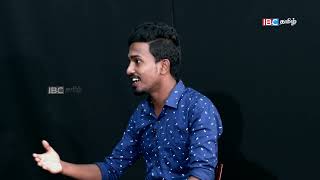