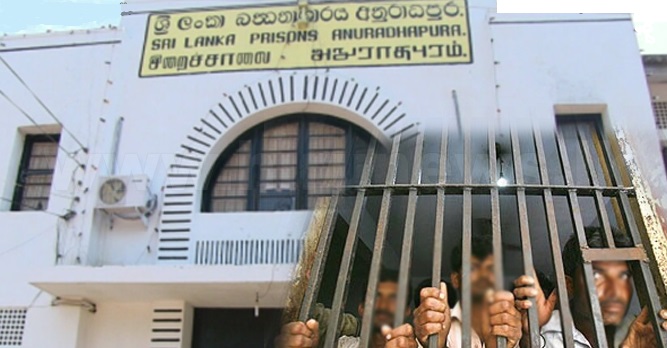 With the United Nations (UN) General Assembly (GA) ongoing in New York, the Committee for Protecting the Rights of Prisoners (CPRP) yesterday (22) has written to the UN Secretary General Antonio Guterres urging him to pay attention to the needs of prisoners in Sri Lanka.

“A total of 78%-82% of those admitted to prisons between 2015-2019 were suspects who were remand prisoners. Some are remanded due to their inability to make deposits for bail while others are remanded due to the Police and Magistrates choosing remanding as the norm and bail as the exception. A total of 58.9% of the daily average number of prisoners in 2019 were remand prisoners, with the figures for the same during 2011-2018 being between 45-56%. Delays in waiting for and completing trials were another reason for overcrowded prisons in Sri Lanka. As of 31 December 2019, 1,809 (12.3%) were awaiting trial for more than a year and 680 (4.6%) were awaiting trial for more than two years,” the CPRP claimed in a letter to Guterres and UN General Assembly (GA) President Abdulla Shahid.

The CPRP has noted that as President Gotabaya Rajapaksa addressed the 76th UNGA session yesterday, some prisoners at the Welikada Prison complex were engaged in a protest, demanding that the four years review of prisoners behaviour and conduct, as per the provisions of the Prisons Ordinance, be carried out.

Accordingly, the CPRP has brought attention to the food and nutrition related issues of prisoners, prolonged detention under the Prevention of Terrorism (Temporary Provisions) Act, No. 48 of 1979 as amended (PTA), the overcrowding inside prisons, and the importance of Prisons Department authorities exercising restraint in their interactions with prisoners.

In particular, the organization has highlighted the recent actions of the former Prisons Management and Prisoners Rehabilitation State Minister Lohan Ratwatte who had broken into the Anuradhapura and Welikada Prisons complexes during the last two weeks and allegedly threatened political prisoners held under the PTA at the Anuradhapura Prison, using his firearm.

“Last year (2020), 16 prisoners were reported to have been killed in four prisons, in five incidents. In one incident, 11 prisoners were killed. Around 12 suicides have been reported last year in prisons, with most appearing to be suspects who are alleged to have used and/or traded drugs and/or illicit liquor and have been denied professional support and care,” claimed the letter.

Although Sri Lankan prisons have a capacity of housing only 11,000 prisoners, the CPRP said that sometimes they have held up to 32,000 prisoners, where some prisoners have been forced to sleep on stairways as a result of overcrowding.

The organization added that in 2019, the average cost of food for a prisoner per day was Rs. 151 (approximately $ 0.75) which is insufficient to provide daily nutritious meals for a person.

“As a result, many remand prisoners depended on food brought by visiting family members and friends (remand prisoners are allowed visitors, six days of the week). This had reduced drastically due to the suspension of prison visits citing Covid-19.”

“We would also like to stress the importance of prisoner releases (including Presidential pardons) being based on transparent criteria and procedures that are in line with Constitutional provisions and that priority be given to the most vulnerable. Prisoners over 70 years of age, those with serious illnesses, those who have received minor punishments and those who have been unable to pay small fines, should be prioritised over politicians, soldiers and monks, which pardons are based on political considerations,” said the CPRP.