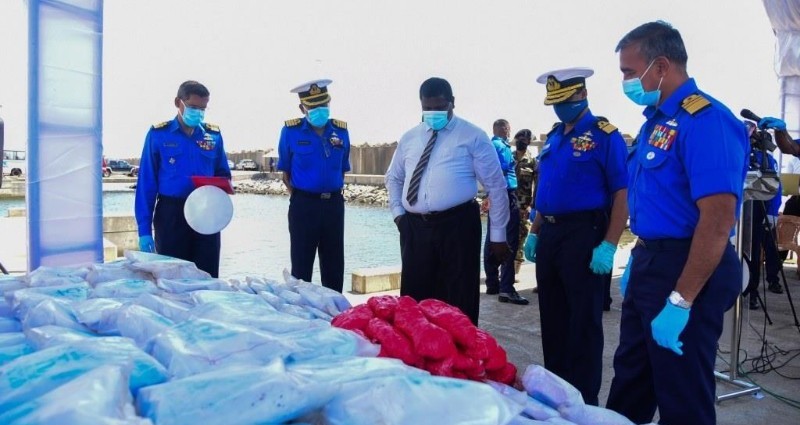 The Government of Sri Lanka is studying Singapore’s laws on drugs, particularly its Misuse of Drugs Act which includes the death penalty for drug trafficking, to bring in similar laws in Sri Lanka to combat the drug menace, The Morning learnt.

Well-placed sources told The Morning that the study is being conducted, but that no decision on the introduction of capital punishment has been taken yet.

“In order to strengthen the current laws, we must look into the Singapore model as well. Singapore also faces a similar problem, but they have very strict laws. There are other acts as well that pertain to handling drug-related matters. The types of measures that Singapore has taken are being examined,” the source said.

There has been a moratorium on executions in Sri Lanka since 1976, when the last execution took place.

The source further said that the coast guard is working diligently to curb the drug menace along with the aid of foreign agencies and intelligence services, as the Indian Ocean region has turned out to be a transit for drug trafficking.

The death penalty is one of the penalties for drug trafficking in Singapore under the Misuse of Drugs Act 1973. Accordingly, the drug class and quantity will affect the type and extent of the sentencing. An individual may either be imprisoned, caned, or receive the death penalty. For instance, if an individual is convicted of trafficking controlled drugs such as cocaine of a quantity over 200g, they will receive a mandatory death penalty.

However, convicted drug traffickers may avoid the mandatory death penalty if they provide evidence that they served as only couriers responsible for transporting, delivering, or sending the drug. They can also avoid the death penalty if they substantively assist the Central Narcotics Bureau in the disruption of drug trafficking activities in Singapore or overseas, or if they are diagnosed with a mental condition that could be argued has impaired their mental capacity to be responsible for their actions. Under these conditions, instead of the death penalty, the drug trafficker may face life imprisonment and 15 strokes from the cane.

Meanwhile, there had been a two-year moratorium for the death penalty relating to drug trafficking in 2020 and 2021. However, the Singapore Government resumed executions at the beginning of this year.

Human rights organisations, including Amnesty International, have repeatedly urged a moratorium on executions for drug offences in Singapore.

The Singapore Government announced earlier this year that a survey found that 66 per cent of Singapore residents say the death penalty was appropriate for drug trafficking.