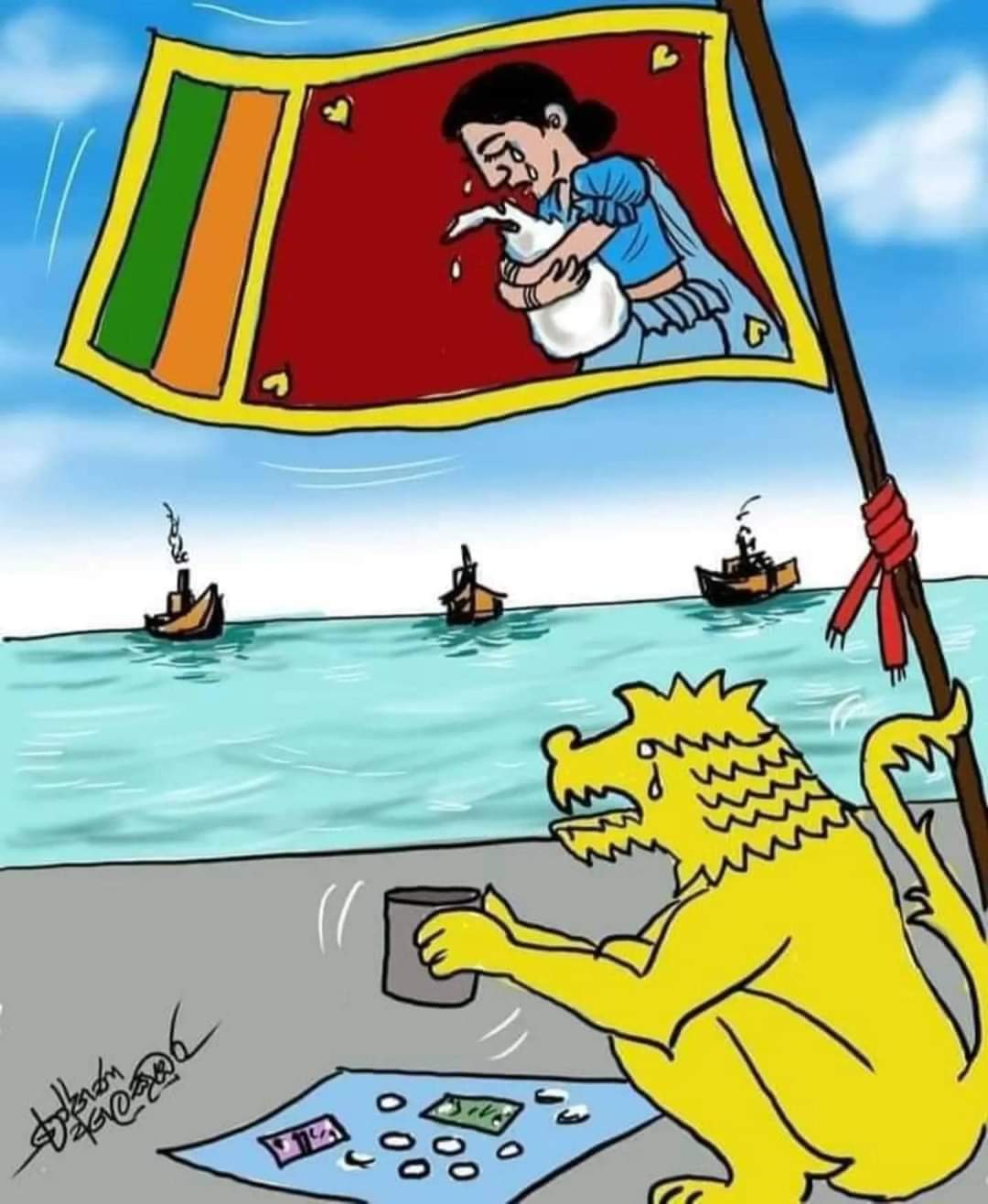 The smell hits you first – freshly cooked rice, lentils and spinach, served in ladles from steaming pots. Dozens of families – including mothers with babies – are lined up with plates to get a serving of what will likely be their only meal for the day.

“We are here because we are hungry,” says Chandrika Manel, a mother of four.

As she kneads a ball of rice with her hands, mixing it with the lentils and spinach before feeding it to one of her children, she explains that even buying bread is a struggle.

“There are times I [give them] milk and rice, but we don’t cook any vegetables. They’re too expensive.”

Depleted foreign reserves and soaring inflation have devastated Sri Lanka’s economy in recent months. And President Gotabaya Rajapaksa has been accused of exacerbating a crisis triggered by the pandemic and shrinking tourism.

But now Sri Lanka is on the brink of a humanitarian crisis, the United Nations Children’s Fund (Unicef) has told the BBC.

The organisation found that 70% of the country’s families have cut down on food since the start of the year, and stocks of fuel and essential medicines are also fast running out.

‘My children are miserable’

This is Ms Manel’s first visit to a community kitchen as she found her options disappearing: “The cost of living is so high, we are taking loans to survive.”
The kitchen is a month old – Pastor Moses Akash started it in a church hall in Colombo after meeting a single mother who lived off a jackfruit for three days.

“We get people who haven’t had a second plate of rice for the last four months,” Pastor Moses says.

By his estimate, the number of people queuing up for food has grown from 50 to well over 250 a day. It’s not surprising given that food prices in Sri Lanka went up by 80% in June alone.

“I see a lot of children especially, most of them are malnourished,” he says.

Sahna, a pregnant 34-year-old who goes by her first name only, is also in the queue with her three young children. She is due in September and anxious about the future.

“My children are miserable. They’re suffering in every possible way. I can’t even afford a packet of biscuits or milk for my babies.”

“Our leaders are living better lives. If their children are living happily, why can’t my children?” she asks.

By the time Sahna’s child is born, things are expected to get worse.

The mayor of Colombo recently said that the capital has enough food only until September.

With shortages of fuel and cooking gas, and daily power cuts, families are unable to travel to buy fresh food or prepare hot meals.