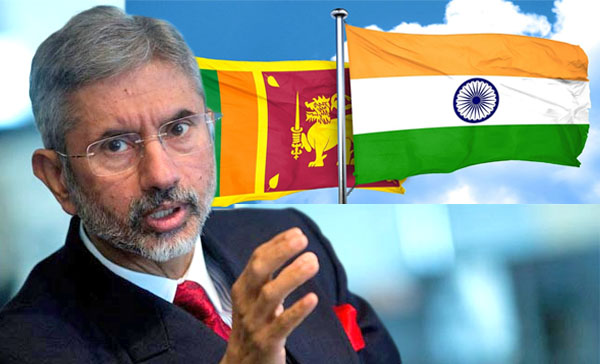 As China is in dilemma while the rest of the world has qualms over helping Sri Lanka, India could deepen its role in bailing out its debt-strangled neighbour by giving the leadership for the proposed donor consortium, as an International Monetary Fund (IMF) rescue package could take some time, according to a leading economist with strong links to Sri Lanka.

Dr. Ganeshan Wignaraja, a Senior Fellow at the National University of Singapore, speaking of the narrowing options for Sri Lanka said bailing out Sri Lanka is in India’s best interest, as it can deepen its trade, commercial and investment relationship, transcending from the current humanitarian and
aid relationship.

India was the first country to come to the rescue of Sri Lanka from the beginning of this year by providing roughly US $ 3.5 billion worth of assistance from a combination of instruments such as credit lines, term loans and deferred loans but the credit lines, under which Sri Lanka received oil, came to an end in June, bringing the country to a near standstill, as the fuel stocks ran out.

Dr. Wignaraja estimated that Sri Lanka needs at least between US $ 20 billion to US $ 25 billion worth of funds in the next three years to put its declining economy to some decent footing and to restart growth, as he fears that Sri Lanka could get caught up in entrenched stagflation, where the prices would continue to soar while the economy declines, making scores of people go jobless and throwing millions into poverty.

“Now my own sense is that, you know, stabilising Sri Lanka’s economy could be a major win for Prime Minister Modi’s neighbourhood-first policy and this is the largest bilateral programme India has given to any country I believe in recent times, in this kind of rescue mode,” Dr. Wignaraja told a recently held Central Bank webinar, referring to the assistance that India has already provided.

“And I feel India could go really big, much bigger and lead a proposed aid consortium for Sri Lanka, providing may be US $ 20 billion to US $ 25 billion over the next three years for Sri Lanka, incorporation with the IMF and other friendly countries,” he added.

Dr. Wignaraja, who is also a Senior Research Associate at the Overseas Development Institute, said Sri Lanka is in a really tight spot in getting assistance, as 60 percent of the world’s poorest countries are also in debt distress in some form, although they haven’t defaulted while the risk of a global recession amid decades high prices has further complicated and hamstrung the rest of the world to offer support to
Sri Lanka.

Meanwhile, he said there are also questions why the taxpayers of another country should bail out a failed economy like Sri Lanka, specially when some perceive Sri Lanka’s debt default was its own making, as a result of poor economic management and weak governance.

Despite being a close ally, China is facing a big dilemma in bailing out Sri Lanka because they fear it could set a wrong precedent, where other countries that borrowed from China and facing debt distress could line up seeking debt restructuring from the world’s second largest economy.

On the other hand, according to Dr. Wignaraja, China may also be unwilling to tarnish its image in the global stage by helping a failed economy.

“China worries that unilaterally restructuring Sri Lanka’s debt or giving it moratoria would set a new precedent in its lending practices and there could be a whole queue of countries lining up to get assistance from China because of what is seen to be a failed Belt and Road project and excessive borrowings for such projects,” he said.

“And there is a second problem that China, which is a G2 economy, wanting to challenge the United States, doesn’t want to be hamstrung by the reputation of helping out a so-called failed economy. That’s a very important reputational issue for China,” he added.

Further, China is dealing with its own economic problems, after the lingering virus condition put a strain on its growth and as a result, it is increasingly turning inward.

However, while agreeing that the IMF rescue package is the only option at the moment for Sri Lanka, although it could take time, Dr. Wignaraja said in order to make it work, Sri Lanka must show the world that it is seriously committed to fix its economy in a sustainable manner while implementing its IMF programme in a transparent and a credible manner.

As Sri Lanka has already gone to the IMF 16 times and has failed to follow through recommended policies, Dr. Wignaraja said this time Sri Lanka could come under the microscope.

He also said it is important to build a national consensus for the IMF programme.
“You know there are still people out there going around and saying forget the IMF and we grow Batala kola in Mattala or something like that. You know, that’s not going to cut the mustard in Sri Lanka’s current financial circumstances. And I think those sorts of people have to be called out,” he said.

He also called to publicise the implementation of the IMF programme and for tough anti-corruption measures to ensure that any foreign aid is distributed fairly and isn’t siphoned off. Further, he called for a non-aligned foreign policy by Sri Lanka.