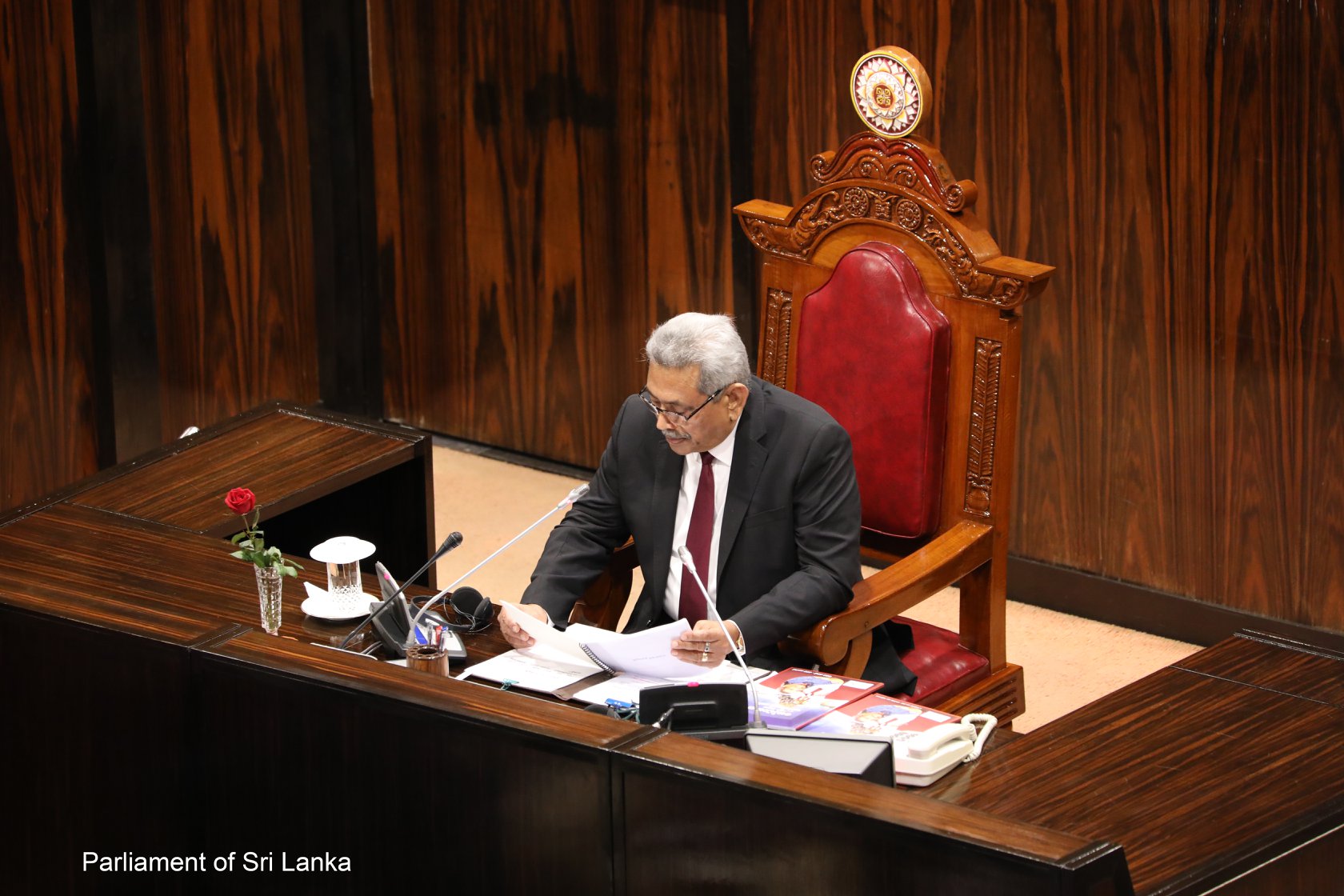 A no-confidence motion against Sri Lankan President Gotabaya Rajapaksa was defeated in the parliament on Tuesday after 119 MPs voted against it.

The motion to suspend the Parliament’s standing orders to debate the Motion of Displeasure against the President was moved by the opposition party, Tamil National Alliance (TNA) MP MA Sumanthiran. Out of the total MPs, only 68 MPs voted in favour of the motion. Thus, it was not taken up for the debate in the parliament.

“To debate the censure motion against President Gotabaya Rajapaksa by suspending standing orders, Parliament vote was taken. It was defeated from 119 to 68. It is obvious that the #GoHomeGota2022 cry across Sri Lanka is rejected by Podujana Party allies including the new PM. Farce!” he tweeted.

Meanwhile, the Prime Minister said that he had informed the opposition MPs that Motion of Displeasure was already on the order books and it would be taken up afterwards. He explained to MP M.A. Sumanthiran that the MPs would defeat a vote to suspend standing Orders as the most pressing issue for them was their house being attacked, an official statement said.

PM said, “The Opposition chose the wrong strategy and proceeded to move a vote to suspend standing orders.”

Following the vote, PM explained to several Opposition MPs that the Government MPs would now use the defeat of the vote to suspend Standing Orders as an opportunity to prevent the Motion of Displeasure against the President from being debated.

He also said that this was a poor Parliamentary strategy and had he been in Opposition, he would still have voted against suspending Standing Orders.

This comes amid the rising demands for the resignation of President Gotabaya Rajapaksa soon after former Prime Minister Mahinda Rajapaksa filed his resignation.

As the country is facing its worst economic crisis since independence with food and fuel shortages, soaring prices, and power cuts affecting a large number of the citizens, resulting in massive protests over the government’s handling of the situation.

Due to an acute shortage of foreign exchange, Sri Lanka recently defaulted on the entirety of its foreign debt amounting to about USD 51 billion. 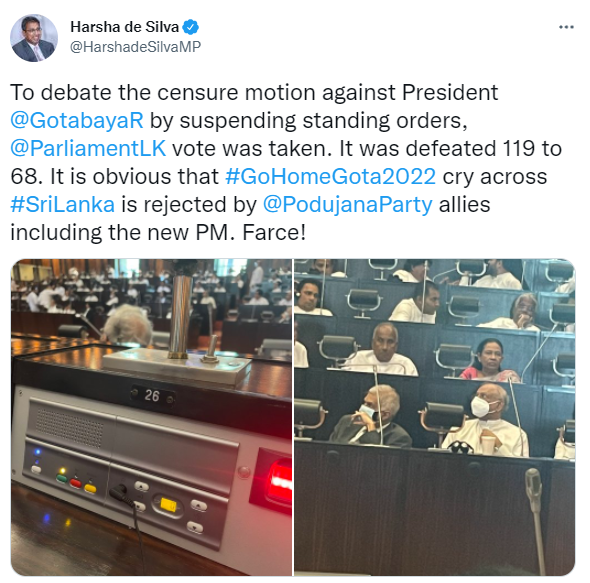