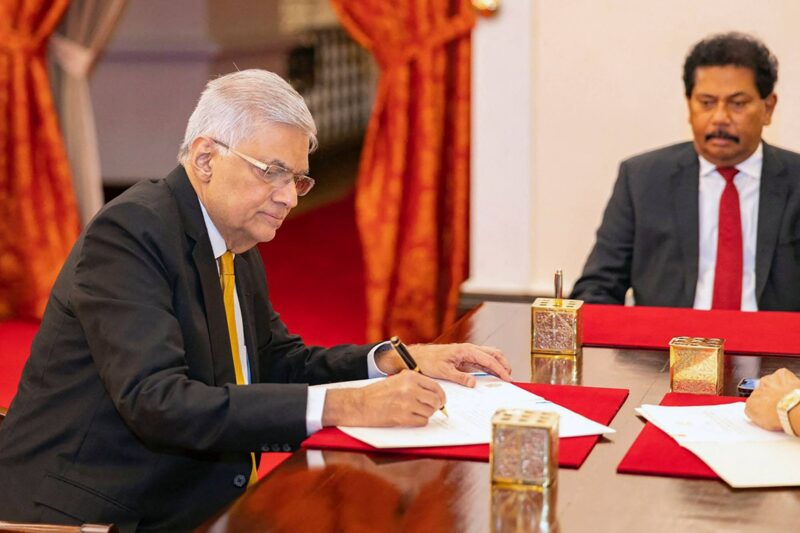 Sri Lanka President Ranil Wickremesinghe has ended a ban on the import of beauty care products and deodorants, slapped amidst the worst currency crisis in the history of the island’s intermediate regime central bank.

Sri Lanka’s beauty care industry sector had warned that it received a body blow from the import ban at a time when demand from customers were anyway hit and they were forced to shed staff.

Other small and medium industries also said they had run out of inputs and spares due to import bans.

From November 22, deo-odorants, anti-perspirants, shampoo, toilet waters and dental floss could be imported. Wigs and hair dryers were also allowed.

Sri Lanka’s economists got the power to print money in 1950 when a soft-pegged (intermediate regime) central bank styled after Argentina’s BCRA was set up.

In 1969 mostly after printing money for rural credit, economists misled the politicians in to enacting an import control law instead of tightening the monetary law of the country to prevent mis-targeting of interest rates.

Economists also caused politicians to enact draconian exchange controls, crimininalizing attempt to protect their savings from expropriation, instead of retraining their powers to suppress rates through open market operations.

In the 1970s, the entire economy was closed. In 1977 the economy was re-opened but the central bank was not restrained.

Three years before the Mercantilist import control law was enacted, J R Jayewardene who was instrumental in setting up the Latin America style central bank in 1950, hired the best classical economist in South Asia, BR Shenoy to give advice to the country’s economic bureaucrats.

“..[T]he Balance of Payments difficulties cannot be solved by intensifying the rigorous of exchange control and import restrictions; nor by extending the schemes for expanding domestic production to substitute import goods — the so called measures for “economising” on foreign exchange,” Shenoy wrote in 1966.

“Intensification of the rigorous of exchange control and import restrictions may reduce the
quantum of import goods flowing into the market.

“It cannot reduce the flow of moneys seeking to purchase goods, either for consumption or for investment. This flow of money is determined by the national product and the inflationary part of the Net Cash Operating Deficit.”

Over half a century later the same controls and the same money printing has continued.