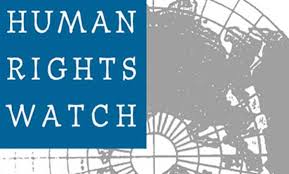 Sri Lanka’s grim record is under scrutiny at the United Nations Human Rights Council in Geneva, so the government of President Gotabaya Rajapaksa has announced yet another internal inquiry. Foreign governments should not be swayed by this disingenuous attempt to avert urgently needed international action.

There have been at least a dozen domestic commissions of inquiry during the decades of Sri Lanka’s civil war, often created to forestall international pressure on human rights. None has led to prosecutions, or helped families trace missing relatives. Their findings have often gone unpublished, and recommendations never implemented. International observers, UN experts, and the UN high commissioner for human rights have repeatedly highlighted deep systemic problems in Sri Lanka’s judicial processes.

The Human Rights Council has engaged on Sri Lanka for years. Atrocities at the end of the war with the Liberation Tigers of Tamil Eelam shocked the world in 2009, and a series of UN reports found evidence of war crimes and crimes against humanity. In 2012 the council passed a resolution calling on Sri Lanka to implement recommendations of an earlier inquiry. When that did not happen, it recognized the need for an international role to address international crimes.

In 2015 Sri Lanka joined a consensus resolution of the Human Rights Council with commitments to ensure truth, justice, reparation and guarantees of non-recurrence including an accountability mechanism involving international judges, prosecutors, investigators, and defense lawyers. There was progress, albeit slow, which encouraged the council to extend the mandate.

But in November 2019, Gotabaya Rajapaksa was elected president and quickly reversed that progress. Last February, the government said it would no longer honor its commitments in the council resolution. This is not surprising. As defense secretary between 2005-2015, Rajapaksa is implicated in many of the worst abuses. As president he has appointed alleged perpetrators to senior positions, and even pardoned one of the few soldiers ever jailed for killing civilians.

Fear has returned to Sri Lanka as victims of past abuses, activists, journalists, lawyers, and even police investigators and are silenced. Rajapaska’s government has persecuted vulnerable minorities, and this month it demolished a monument to Tamil civilian victims of the war.

The warning signs are obvious. It is crucial that the Human Rights Council adopts a new resolution to ensure continued monitoring, as well as the collection, analysis, and preservation of evidence for future prosecutions. Member countries should not be swayed by the latest outrage or false promises of Sri Lanka’s government.