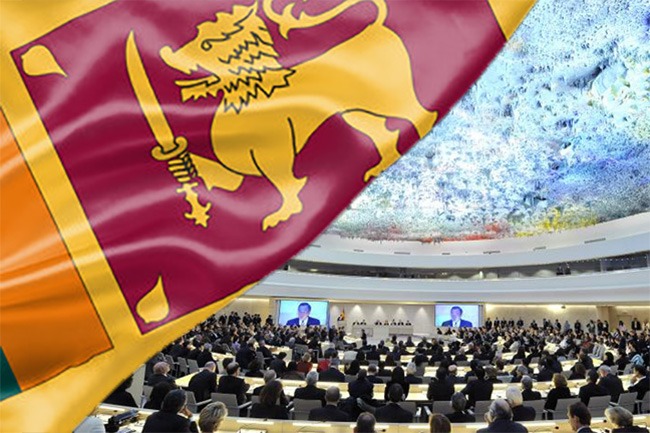 Re: Accountability and Political Solution in Sri Lanka

The Tamil people are highly disappointed and dismayed by your announcement on February 16, to delay the OHCR Investigation on Sri Lanka – OISL Report until September 2015. The Tamil people had been anxiously waiting with high hopes for the release of the Report, but this unexpected delay has caused serious concerns to the victimized Tamil population, and we strongly believe justice delayed is justice denied.

The Tamil people, however, take solace in your “personal, absolute and unshakable commitment that the report will be published by September”, and it will be “stronger and more comprehensive report.”

The UN’s failure to protect the Tamils in 2009 was termed as “systemic failure” of the UN by the UN’s own “Report of the UN Secretary General’s Internal Review Panel on UN Action in Sri Lanka” released in November 2012 by the head of the Panel Charles Petrie. The Tamil people sincerely hope that the UN System will not victimize the Tamils once again by delaying or denying them full and complete justice. We see this delay yet again as a failure of the UN system to protect and listen to the victims of mass atrocities.

The Tamil Nation has been systematically destroyed by the successive Sinhalese dominated Sri Lankan governments, ever since the island got its independence in 1948. The Tamil people have been massacred in thousands, they have been tortured, their churches and temples have been destroyed, their lands have been taken away, their rights have been denied, and they have been oppressed and occupied. The injustice against the Tamils continues even at this very moment.

We are hopeful that the Report by the OISL will be released in September of this year, and the UN judicial proceedings will follow without any further delay. We sincerely hope this extended time will be used to strengthen the Report and not to weaken it. Tamil people have experienced disappointments and disillusions in the last 67 years, and we do not believe Sri Lanka will ever deliver true justice to the Tamils; instead, it will use the time and space to hoodwink the International Community again, and try to derail the UN process of accountability and justice to the Tamils.

The main reason given for delaying the OISL Report is that Sri Lanka now has a new government, and they need to be given time. However, the Tamil people, who have first-hand experience of the Sri Lankan political culture which thrives on oppressing Tamils with Sinhalese Buddhist nationalistic Majoritarian sentiments, do not believe the new government which consists of several of the same personals that were part of the previous regimes that committed the crimes, will deliver anything new to the Tamils. The new regime came to power with the slogan of opposing the UN Investigation and opposing equitable political solution based on a federal model.

The new regime came to power on January 9th of this year. Within days of coming into power, the new regime has given the police-powers to its armed-forces. This is not a sign of demilitarization or good-will from the new regime. The fact that the Northern Provincial Council unanimously passed a historic resolution on February 10th clearly indicates the Tamils’ mistrust against the new Sri Lankan government. The Resolution details the genocide, crimes, and injustice committed against the Tamil people by the Sri Lankan governments and its system since 1948, and includes the roles of some of the leaders in the current regime including the President. This Resolution is tabled by our Chief Minister of the Northern Provincial Council Honorable Justice C.V. Wigneswaran, who is a retired Judge of the Supreme Court of Sri Lanka. The Resolution describes the systematic historical atrocities against the Tamil people by Sri Lanka and calls for comprehensive investigation of Genocide against the Tamil people and referral to the International Criminal Court. Some of the highlights of the Resolution are attached at the bottom of this letter.*

While the OISL Report is being delayed to give more time and space to Sri Lanka, we Tamils kindly and respectfully request that the International Community and the UN must set clear requirements to measure the progress of the commitment of Sri Lanka. Although the UNHRC Resolution of March 2014, “Calling upon the Government of Sri Lanka to fulfil its public commitments, including on the devolution of political authority”, Sri Lanka has not made any progress towards finding a permanent political solution, instead, its oppression of the Tamils continues.

Sri Lanka often talks about “reconciliation” but conciliation cannot begin without accountability, justice and a permanent equitable political solution. Sri Lanka must stop its anti-Tamil agenda including the land-grab, and hand over all the lands taken from the Tamil people and remove its military camps from the North and East.

I respectfully request you, UNHRC Member countries, and the International Community to urge Sri Lanka to show progress before September, on both the Accountability as well as the political solution. Here I list some of the major requests:
Accountability:

Sri Lanka must allow the UN Investigative Team to enter Sri Lanka and visit any areas without any restrictions.

The witnesses must be given protection, and conditions must be created for the witnesses and victims, such a way that they will be able to meet the UN Team without any fear or reprisals.

Towards finding a permanent political solution, Sri Lanka must accept technical assistance from the UN, and accept mediation by the EU, India, US and the UN. The Negotiation must start as soon as possible and progress be made before September.

The Negotiation must begin from the Oslo Declaration where both the Tamil side and Sri Lanka side agreed on Dec 5, 2002 to explore political solution based on a federal structure. The current Prime Minister Hon Ranil Wickeramasinghe was also the Prime Minister of the government that agreed to the Oslo Declaration in Oslo, Norway in the presence of Norwegian facilitators.

If Sri Lanka is unwilling or unable to find a permanent political solution, I request you and the International Community to help conduct a UN monitored Referendum for the Tamil people to determine their political destiny.

The Tamil people are counting on you and the International Community towards finding justice and permanent political solution. We seek your assistance. We seek your help. Above all, we seek your protection. We sincerely hope you are listening. 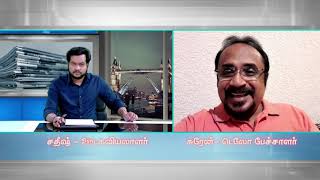