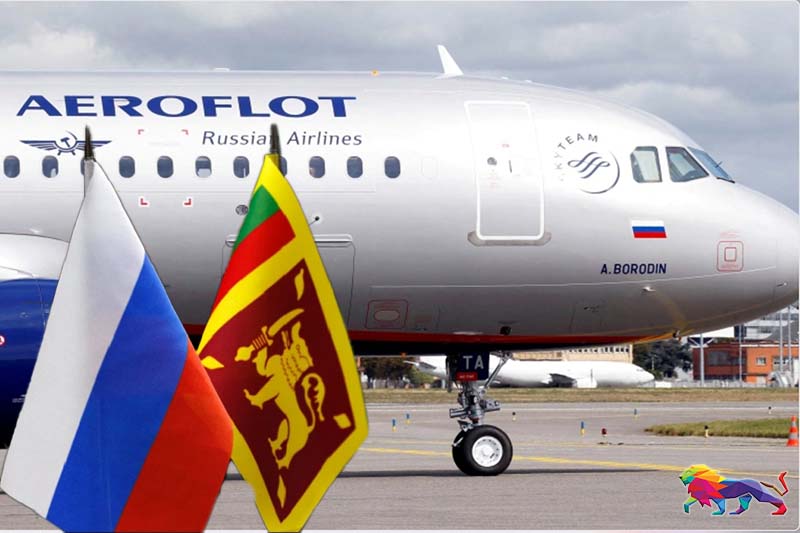 Russia has sought an assurance from the Sri Lankan government of not repeating the diplomatic spat it followed including legal action after grounding an aircraft operated by Russia’s Aeroflot in Colombo, former president Maithripala Sirisena told the parliament.

The aircraft was grounded in Colombo early in June following a court order obtained by Celestial Aviation Trading 10 Limited of Ireland, the owner of the aircraft, against Aeroflot in a Colombo court, over a lease dispute.

Sri Lanka’s action has created a diplomatic spat with Russia, which has threatened of impact in the bilateral trade and flight services, government sources have said.

Former president Maithripala Sirisena said he wrote a letter to Russian President Vladimir Putin on the issues faced by Sri Lanka after the Aeroflot action. Sri Lanka has rendered apology for its action.

“I got a reply after three days I sent the letter. I have also forwarded that letter to Presient Gotabaya Rajapaksa. There are three key facts mentioned in the latter,” Sirisena told the parliament on Monday (04).

“If we could fulfill the requests, the bilateral trade and flight services could be resumed. The first one they had mentioned was the issue of the Aeroflot could be prevented through diplomatic channels instead of going for legal issue.”

“The second one was the Russian government had asked an assurance that there won’t be any repeat of Aeroflot on which legal action was taken. If there is an assurance, they could start flight services.”

Sirisena also said the third fact written by the Russian President was that the trade does not have to go through the Russian embassy in Colombo and instead individual companies could directly deal with Russian companies for bilateral trade.

Government officials are divided on the way Aeroflot issue was handled. Some say the government should have sought diplomatic channels while others say it was a legal issue hence the way it was handled was appropriate.
On 2 June 2022, the Commercial High Court of the Western Province issued an enjoining order on the Aeroflot flight restraining it from taking off from Sri Lanka’s main airport near Colombo.

The case relates to a commercial dispute between the plaintiff, Celestial Aviation Trading 10 Limited, an Irish company, against the first defendant the public joint stock company “Aeroflot” and the second defendant, N C Abeywardene/Acting Head of Air Navigation/Airport and Aviation Services of Sri Lanka (AASL), Katunayake.

Later the Sri Lankan Court suspended an order preventing the Aeroflot flight from leaving Sri Lanka. The order was suspended after the Colombo Commercial High Court considered a motion filed by the Attorney General.

The Airbus A330-343 operated by Russian state-owned airline Aeroflot was denied permission to fly to Moscow as scheduled on June 2nd amid a legal dispute with a leasing company. The flight had more than 200 passengers onboard.