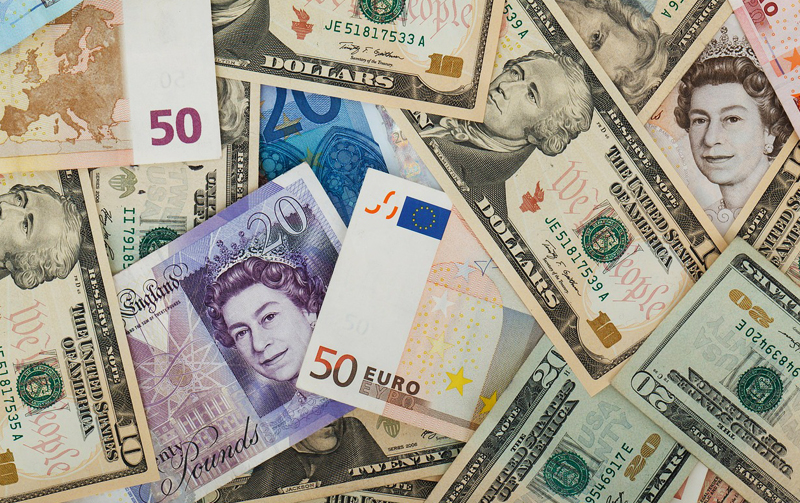 A flurry of decisions this week by the Central Bank (CB) on the use of foreign exchange and further restricting imports have rattled the money markets and triggered concerns of shortages in some imported food items, mobile phones and household appliances.

On Tuesday, the CB issued a directive to banks to stick to the CB’s daily rate of Rs.202-203 per dollar and desist from the bank-to-bank rate of Rs.210-220 which has depreciated the rupee sharply – with the move leading to confusion and exporters holding onto their dollars. Adding to the problems, the CB on Thursday introduced measures to curb imports by enforcing a 100 percent cash deposit margin on importers when opening LCs.

“This could lead to shortages as it’s difficult to provide a cash deposit against letters of credit,” one importer said. The CB also directed banks not to advance money to importers to meet the cash deposit margin. Other importers said that small importers cannot afford to block their money in LC margins and they would have to stop imports or resort to smuggling.

The uncertainty came as former CB Governor and current State Minister for Finance Ajith Nivard Cabraal prepared to take over as the Governor, his third term in office, on September 16. Informed sources said that a Cabinet paper providing him cabinet rank status was likely to be presented at Monday’s Cabinet meeting. Prof. W.D. Lakshman at a news briefing on Friday at 3 pm announced that he was stepping down from September 14.

The changes at the CB comes after which analysts said were a series of bad decisions which culminated in a last-ditch attempt to saving dollar reserves when the Governor admonished the banks to maintain the US dollar exchange at a certain rate. In the meantime, the commercial banks planned to meet the Governor (if Mr. Cabraal has already been appointed) next week seeking a revocation of the ‘arm-twisting’ directive.

Tuesday’s move created an impasse in transactions between banks and importers with banks refusing to honour their letters of credit, a banker said. The banks have requested delayed payments from importers slapping a currency exchange risk on the latter further aggravating their issues. Money market dealers said import bills were being largely financed through remittances by migrant workers.

Banking sources said that two banks are following the CB request, but others have adopted a wait-and-see approach. However foreign banks are not heeding the regulator’s request, they said. “According to the governance structure, foreign banks cannot oblige ‘letters’ sent by anyone except if it binds them legally. So, they are not adhering to the Governor’s request,” a source told the Business Times. This will bring about a cartel situation for foreign banks, he said noting that this needs to be addressed as soon as possible,

There is a fair amount of private sector commercial transactions pending, a second banker noted. “There are unsettled oil bills, engine payments of large aircrafts and large food imports need to be settled.”

Adding to the problems a West Asian manufacturer exporting large food items to Sri Lanka through a government importer has refused to transact on credit in the future. “This manufacturer based in West Asia has told the government importer that goods will be shipped solely on cash and not on credit,” an importer in the industry said. He added that most intermediary goods like fabric, packaging, industrial chemicals, clinker for cement etc are delayed affecting some of the exports as well.

Meanwhile, export proceeds of a few million dollars are sitting in government banks without the exporters converting them into rupees, a third banker told the Business Times. Banks are fuming as they stand to lose Rs. 100 to 200 million a month if they buy and sell dollars at the CB stipulated rate.

The biggest dilemma facing the banks is honouring the already committed LCs. “A central bank has to give us a payment plan without which we have no option but to default payment,” a fourth banker pointed out. This will further bring down the credit rating in the country. Economists say that on the one side there is a food crisis and a fiscal crisis on the other – both creating a black market in the months to come. “A lot of under-invoicing will happen by exporters if the CB forces banks to maintain the dollar at the ceiling of Rs. 203,” an economist said.

Items affected by the import restrictions include mobile phones and fixed phones, home appliances such as fans, TVs, refrigerators, washing machines and digital cameras, clothing and accessories, household and furniture items, air conditioners, fruits such as fresh apples, grapes and oranges, cosmetics and toiletries, beverages such as beer and wine, other food and beverages such as cereal preparations, starches, chocolates, cheese and butter, and other non-food consumables such as musical instruments, tobacco products, toys and stationery.