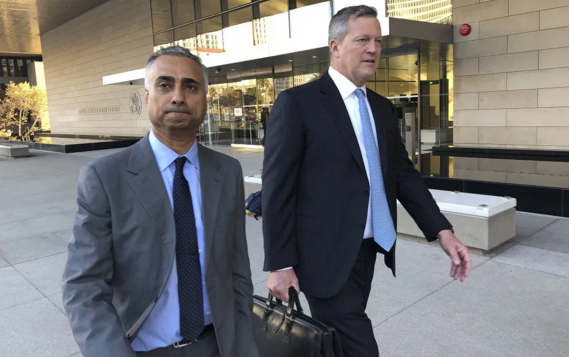 A US court has jailed a venture capitalist and political fundraiser who was recruited by Sri Lanka in 2014 to rehabilitate the country’s image in the United States.

The US Department of Justice said that Imaad Shah Zuberi was sentenced to 144 months in federal prison for falsifying records to conceal his work as a foreign agent while lobbying high-level U.S. government officials, evading the payment of millions of dollars in taxes, making illegal campaign contributions, and obstructing a federal investigation into the source of donations to a presidential inauguration committee.

In November 2019, Zuberi pleaded guilty to a three-count information charging him with violating the Foreign Agents Registration Act (FARA) by making false statements on a FARA filing, tax evasion, and making illegal campaign contributions. In June 2020, Zuberi pleaded guilty in a separate case to one count of obstruction of justice.

“Mr. Zuberi flouted federal laws that restrict foreign influences upon our government and prohibit injecting foreign money into our political campaigns. He enriched himself by defrauding his clients and evading the payment of taxes,” said Acting U.S. Attorney Tracy L. Wilkison for the Central District of California.

Zuberi operated Avenue Ventures LLC, a San Francisco-based venture capital firm, and solicited foreign nationals and representatives of foreign governments with claims he could use his contacts in Washington, D.C., to change U.S. foreign policy and create business opportunities for his clients and himself.

US Justice Department documents noted that Sri Lanka hired Zuberi in 2014 to rehabilitate the country’s image in the United States, which had suffered because of allegations that its minority Tamil population had been persecuted.

Zuberi promised to make substantial expenditures on lobbying efforts, legal expenses, and media buys, which prompted Sri Lanka to agree to pay Zuberi a total of $8.5 million over the course of six months in 2014. Days after Sri Lanka made an initial payment of $3.5 million, Zuberi transferred $1.6 million into his personal brokerage accounts and used another $1.5 million to purchase real estate.

In total, Sri Lanka wired $6.5 million pursuant to the contract, and Zuberi used more than $5.65 million of that money to the benefit of himself and his wife. Zuberi paid less than $850,000 to lobbyists, public relations firms and law firms, and refused to pay certain subcontractors based on false claims that Sri Lanka had not provided sufficient funds to pay invoices.

Relatedly, Zuberi failed to report on his 2014 tax return millions of dollars in income he received from the Sri Lankan government. While his 2014 federal income tax return claimed income of $558,233, Zuberi failed to report more than $5.65 million he received in relation to the Sri Lanka lobbying effort. Zuberi’s tax evasion over the course of four years – 2012 through 2015 – caused tax losses ranging from $3.5 million to as much as $9.5 million.