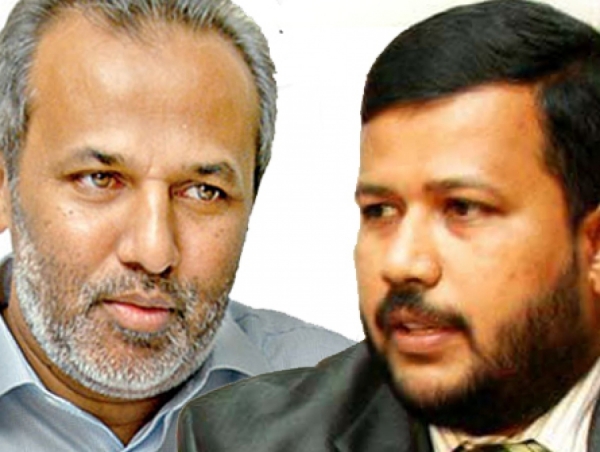 Cabinet Spokesman Keheliya Rambukwella told reporters today that the decision to cancel the meeting was not politically motivated as assumed by many.

When inquired by a journalist on the cancellation of the meeting, he said this decision has not been taken by the Government.

Minister Keheliya Rambukwella said decisions pertaining to the Pakistan Prime Minister’s visit are drawn by the Political Advisory Committees from both countries, in which the Government has no involvement.

He pointed out that most decisions are taken based on security concerns pertaining to the visiting dignitary and the locations proposed for meetings.

Minister Rambukwella further said that not only the discussions with MPs Hakeem and Bathiudeen, but also a proposed visit to a sports complex has also been cancelled due to security reasons.

Responding to the cancellation of the meeting, MP Rauff Hakeem said almost all Muslim MPs representing all parties had requested for a meeting with Pakistan Prime Minister Imran Khan.

He said sadly it was an absurd and cowardly excuse not second to the excuse given by Parliament for canceling the visiting Prime Minister’s address to the House.

“Out of respect for the visiting Pakistan Prime Minister, whom we adore, I shall say no more,’ MP Hakeem Tweeted.

The cancellation of the requested meeting, comes on the back of last week’s announcement that Pakistan Prime Minister Imran Khan’s address to Parliament during his official visit to Sri Lanka has been cancelled.

Sergeant-at- Arms of Parliament, Narendra Fernando told Colombo Gazette that the Foreign Ministry had informed Parliament that the Pakistan Prime Minister’s visit to Sri Lanka will go ahead as scheduled, but his address to Parliament has been cancelled.

Khan, who will be the first head of state to visit the country since the Covid-19 pandemic, is to hold talks with President Gotabaya Rajapaksa, Prime Minister Mahinda Rajapaksa and Foreign Minister Dinesh Gunawardena during the visit.