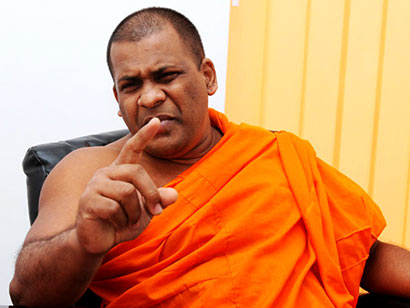 He said Ven. Rathana Thero had requested to remain in the seat as an MP for only three months and had decided to later hand over his parliamentary position to Ven. Gnanasara Thero, after AJP general secretary, Ven. Wedinigama Wimalatissa Thero nominated himself to the seat.

Following the General Election, the AJP had decided to appoint Ven. Athuraliye Rathana Thero to fill its National List seat in Parliament.

Ven. Rathana Thero contested the election from the Gampaha District. He was a National List MP of the United National Front in the last Parliament.

Ven. Rathana Thero was sworn in as a Member of Parliament on January 5.

The Party Secretary said that they are getting ready to appoint Ven. Gnanasara Thero as a Member of Parliament after the resignation of Ven. Athuraliye Rathana