Lanka not being fairly treated

The Government says Sri Lanka is not being fairly treated and regretted that excessive pressure being exerted by repeated resolutions in the Human Rights Council in Geneva.

External Affairs Minister, Professor G.L Peiris said that such resolutions are counterproductive because of their polarizing effect.

He said that difficult accomplishments within a brief time span are not sufficiently acknowledged and standards not invoked in respect of comparable post-conflict situations are being applied selectively to Sri Lanka.

The Minister urged greater sensitivity and understanding, and the desirability of approaches founded more on partnership and respect consistent with the country’s dignity than on coercive elements which inject needless strain into a long established relationship.

Minister Peiris, in his discussions with the Asia Foundation group, pointed out that Sri Lanka’s relations with the United States are multi-faceted, and that there is good co-operation in a variety of fields including defence, higher education and public investment in several sectors.

There is also, he said, considerable interest on the part of American companies in expanding their commercial operations in Sri Lanka, taking advantage of the conditions of peace and stability now prevailing in the Island.

The Minister said that Sri Lanka values her relationship with the United States and has consistently engaged in a candid dialogue on current issues.

He also said that he attaches importance in his dialogue with American community leaders because people to people contact is an integral part of the bilateral relationship, and community leaders have every opportunity of playing a relevant and useful role at this time. 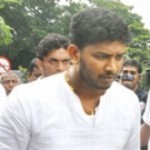 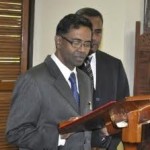 Next article - Justice Sriskandarajah passes away »