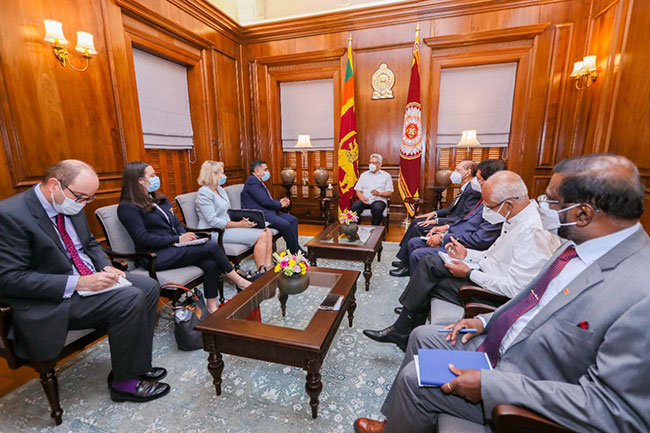 He met President Rajapaksa at the Presidential Secretariat yesterday (20). On his official Twitter account, Lord Ahmad stated that the purpose of the meeting was “to discuss global challenges including climate change and economic recovery from Covid-19”.

He further stated: “I emphasised the need for the GoSL (Government of Sri Lanka) to make progress on human rights, reconciliation, and justice and accountability, in line with the UN HRC (United Nations Human Rights Council) process and the SDGs (Sustainable Development Goals).”

Further, Lord Ahmad toured the northern and eastern parts of the island on Wednesday (19).